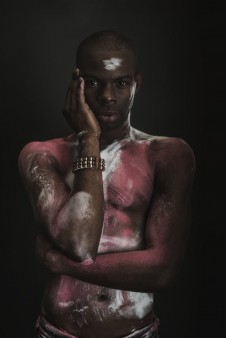 Courtesy of “I AM HIV”/Steven Romeo and WIll Hamilton

Snapshots From the South

The viral photo campaign IAMHIV hopes to end stigma, one portrait at a time.

For people living with HIV, the stigma can seem more harmful than the virus itself. One way to battle the resulting discrimination and fear is to increase the visibility of HIV and make it a familiar face. An ongoing photo campaign titled “IAMHIV” aims to do exactly that.

The goal is to complete 700 portraits of folks living with or affected by HIV in 10 Southern states, an endeavor that could take as long as five years, according to the project’s codirector and artist Steven Romeo, who is also the executive director of The Change Project and an honoree on this year’s POZ 100. So far, about 40 portraits have been completed. Many were displayed at this year’s United States Conference on AIDS, held in Hollywood, Florida, but you can view all the images online at WhoIsHIV.org, where you’ll also find information on posing for the project.

“Portraiture tells the story of a person so much differently than traditional storytelling techniques,” Romeo says. “Additionally, telling one’s story is very therapeutic and chips away at the internalized stigma. Telling the stories and exhibiting the vulnerability that is captured in the portrait humanizes people living with HIV in a way that is relatable to others not living with HIV.”

IAMHIV is a collaboration between The Change Project, which promotes visibility of LGBTQ people living in rural, Midwestern and Southern areas, and AIDS Alabama, which provides services and housing to low-income people living with HIV. Specifically, Romeo works with co-photographer Will Hamilton and IAMHIV campaign codirector Alex Smith of AIDS Alabama, who also appears on this year’s POZ 100. Their team partners with local organizations across the South to recruit participants and set up the shoots. Four to six months after a shoot, a local exhibition goes up, including panel discussions involving some of the participants. “The goal of the panel,” Romeo says, “is to educate people about HIV stigma and how art helps shift the landscape of the movement to end the HIV epidemic.”

As the campaign’s artistic statement puts it: “HIV-related stigma haunts the lives of people living with HIV. Stigma marks people as different and as disgraced. It denies an individual’s dignity, respect and right to fully participate in the activities of the community. IAMHIV seeks to work toward the end of stigma.… This campaign intends to give a face to the virus—the familiar face of ‘everyday people just like you.’”

Because HIV and its related stigma don’t discriminate, IAMHIV aims to involve people from as many ethnicities, genders and socioeconomic backgrounds as possible: old and young, LGBTQ and straight, business professionals and the previously incarcerated, singles and couples, and people living with HIV and those who are not.

When the subjects are photographed, they’re also filmed answering a series of questions about their story and HIV stigma. In addition, they provide a written version that can be posted alongside their portraits in a gallery and online.

“We try to capture their story in an image,” Romeo says. “The portrait is hopefully a reflection of where the subject is in life at that moment.”

To create a unifying aesthetic, participants are covered in a powdered paint, similar to dehydrated finger paint. This, Romeo explains, “is used to symbolize the violence and micro-aggressions placed on bodies of people living with HIV that contribute to both internalized and external stigma.” To better capture the subjects’ emotions and vulnerability, participants are asked to pose topless, though several choose to wear T-shirts or other coverings.

“People in the portraits have responded [to the experience and end results] with great approval,” Romeo says of the completed photos and videos. “The power of the portraits allows them to look at themselves through the eyes of another person and see the beauty of their story.”

Telling these stories is vital in the South, the epicenter of today’s HIV epidemic in the United States (to learn more about that, click here to see the statistics that accompany the POZ 100 feature). “Creating change in the South,” Romeo says, “relies on building relationships and earning trust. Then, you can begin to change hearts and minds.”

Deontez, Living With HIV, Gay, Black, ManCourtesy of "I AM HIV"/Steven Romeo and WIll Hamilton