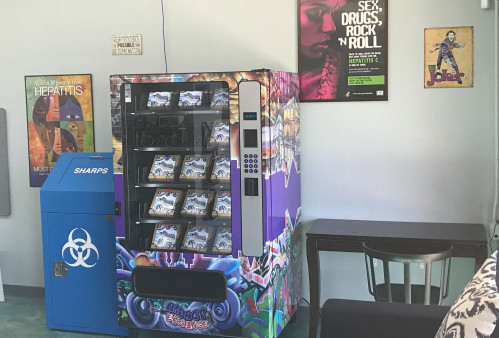 Health officials in southern Nevada are taking up a global challenge to reach a trio of HIV treatment goals referred to as the 90-90-90 targets, reports The Nevada Independent.

Established by the Joint United Nations Programme on HIV/AIDS (UNAIDS), the 90-90-90 campaign aims for these targets:

In 2014, UNAIDS challenged nations to reach these targets by 2020 (achieving these targets would result in a 73 percent overall viral suppression rate). Last September, as POZ reported, Western Europe was on track to reach the targets, as is much of sub-Saharan Africa.

The Southern Nevada Health District (SNHD) has set a different timeline. “Let’s put out a challenge to help us raise some money to really enhance this effort and let’s try to do this well before 2030,” SNHD director Joe Iser said at a press conference last month, according to The Nevada Independent.

Iser added that the local effort requires funding. “We lack human resources and funds,” he said. “We have a lot of wealthy industry representatives here, whether it’s restaurants with fancy chefs, casino and hospitality industry.”

New HIV diagnoses in Clark County remained about the same from 2013 to 2016, while nationally they have decreased overall. The county makes up 73 percent of all Nevada residents but about 90 percent of the state’s HIV diagnoses, according to health department data cited in the article. Most HIV cases (64 percent) there are a result of sex between men who have sex with men (MSM); the next most common form of transmission of the virus is heterosexual sex (6 percent).

“About 85 percent of Nevadans know their status, but studies confirm that even 70 percent of new infections come precisely from that 15 percent that do not know their status,” said Jerry Cade, MD, director of HIV services at University Medical Center. “If people knew whether they are carriers or not, they would do everything possible to not transmit the virus.”

To help the state reach the 90-90-90 targets, SNHD has introduced a needle and syringe exchange program‚ including a vending machine at one location, and efforts are being undertaken to keep people living with HIV on medication and to help those at risk of getting HIV access pre-exposure prophylaxis (PrEP).