Among those with generally good health, starting HIV treatment soon after diagnosis leads to modest improvements in quality of life compared with delaying treatment until the immune system deteriorates, aidsmap reports. Researchers in the global START trial that was published in 2015 enrolled 4,685 people living with HIV who had more than 500 CD4 cells and generally good health, then randomized them to start antiretrovirals (ARVs) or wait until their CD4s dropped below 350.

The researchers regularly asked participants about quality of life measures, asking for a self-assessment of their health, on a scale of zero to 100 and as either poor, fair, good, very good or excellent; whether pain had recently interfered with their work; and how often they felt calm and peaceful during the previous month. Results from this quality of life substudy were presented at the 2016 Conference on Retroviruses and Opportunistic Infections (CROI) in Boston.

Compared with their quality of life ratings at the beginning of the study, those who started treatment early gave higher ratings for their current and general health after they began taking ARVs. Those who were in the delayed treatment group reported similar or slightly lower ratings on these quality of life measures after beginning ARVs, compared with their own ratings at the study’s outset.

Throughout the study, there was a modest but statistically significantly higher (meaning is it unlikely to have occurred by chance) level on all four measures of quality of life among the members of the early treatment group compared with those in the delayed treatment group. The benefit of early treatment was particularly pronounced on the measure of how often individuals said they felt calm and peaceful. 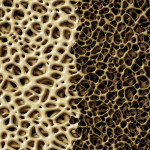