It remains a second-degree felony in Ohio for a person with HIV to have sex without first disclosing.

The Ohio Supreme Court ruled to uphold its HIV criminalization laws—laws that are outdated and ignore scientific advances—according to a press release from The Center for HIV Law and Policy (CHLP) and the American Civil Liberties Union of Ohio (ACLU).

The two groups, along with nine other organizations, were amici, or “friends,” in the State of Ohio v. Batista case, which challenged Ohio Revised Code 2903. That law makes it a felonious assault—a second-degree felony—for people who know they are HIV positive to have sex with someone without first disclosing their HIV status to the sex partner.

“This law, like all those that criminalize HIV, does not consider the actual risks of HIV transmission, how transmission occurs or whether a person intends to transmit the virus,” said Mayo Schreiber, deputy director of the CHLP, in the press release.

“It makes no sense—medically or legally—to single out HIV for criminalization,” added Elizabeth Bonham, staff attorney at the ACLU of Ohio. “This law allows the state of Ohio to enter someone’s most intimate space, and control their bodies and their self-expression, based on who they are. What’s more, evidence shows us that laws like these do more damage to our communities—they don’t protect anyone.”

California, on the other hand, just modernized its HIV-related laws. For more on that, click here. And to learn more about the science these new laws are based upon, read “CDC: ‘Effectively No Risk’ of HIV Transmission if Undetectable.” 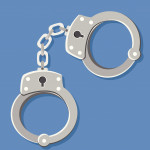