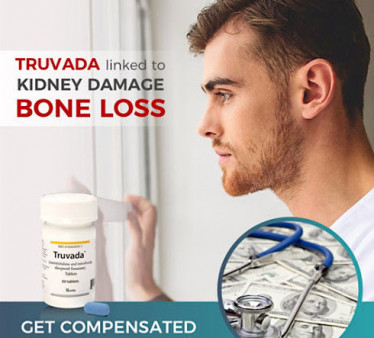 Despite a well-publicized campaign by HIV and LGBT advocates to quash a series of misleading Facebook ads against Truvada as PrEP as well as efforts by the social media giant to remove them, the ads continue to appear on people’s feeds. 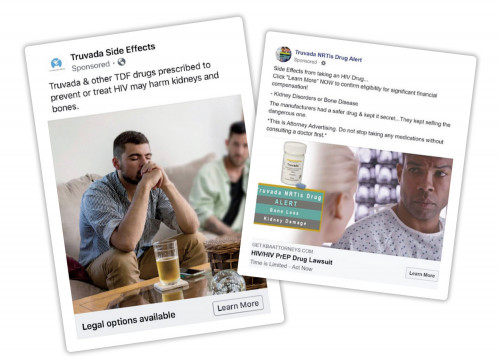 Here is how POZ reported on the situation earlier this year:

“After prodding from more than 65 HIV and LGBT groups, Facebook removed a selection of ads about Truvada as PrEP, or pre-exposure prophylaxis. The ads were for personal injury lawyers claiming that the daily HIV prevention med was associated with severe bone and kidney damage. Advocates claimed that the ads were false and misleading and that they caused public harm by scaring people away from the med. The truth is that PrEP is highly effective and safe.

“Facebook’s third-party fact-checkers at Health Feedback looked at the ads and concluded that they lack context and are misleading. At issue is that an HIV drug in Truvada can cause kidney damage and decrease bone density in susceptible people. This is less likely for HIV-negative people who take Truvada for prevention than it is for HIV-positive people who take it as part of treatment. The small changes in kidney and bone blood tests seen in PrEP users have not been linked to serious kidney problems or bone breaks. The claim in the ads, according to the fact-checkers, overstates the risk for those taking PrEP and also ignores that the health benefits of taking Truvada for both HIV prevention and treatment may greatly outweigh the additional risks.”

Noting that the ads continue to proliferate on Facebook, Rich Ferraro, the chief communications officer at the LGBT media advocacy group GLAAD, told Reuters in March that “Facebook still has to take this over the finish line by creating a new policy that stops these ads from the get-go, because waiting a month and a half for a fact-checking agency to get back to us on one ad is a Band-Aid solution.”

GLAAD launched the initial campaign to remove the ads in December 2019. 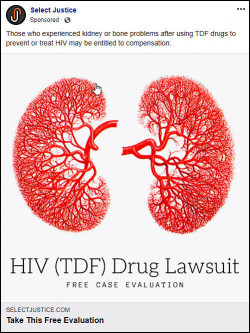 Screenshot of a misleading ad that recently appeared on FacebookSource: Facebook

The PrEP ads by personal injury lawyers “grossly overstate” the rate of side effects, writes Amy Nunn in the journal Lancet HIV. Nunn, an associate professor of public health and medicine at Brown University in Providence, and colleagues explain that the ads target people already taking the pills and scare them into stopping their regimens. The ads can also dissuade people from starting PrEP, even if they’re at high risk of contracting HIV.

As Ferraro explained it to Reuters: “The fact that these are not just broad ads but that they’re targeting at-risk people who do not in general come across accurate information about HIV prevention is why they need to be removed.”

What can be done to remedy the situation? AIDS activist Peter Staley urges people to report the ads every time they see them. 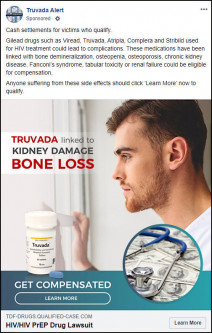 Screenshot of a misleading ad that recently appeared on FacebookSource: Facebook