Participants in the major randomized-controlled START trial who were given HIV regimens that included Sustiva (efavirenz) were at greater risk of committing self harm and of various suicidal behaviors compared with those not taking the drug, aidsmap reports. The START trial randomized 4,685 people with HIV and greater than 500 CD4s to start antiretroviral (ARV) treatment immediately or to delay until their CD4 count fell below 350 or they developed HIV-related symptoms.

Results from the START trial were first announced in 2015. This follow-up study was presented at the 21st International AIDS Conference in Durban, South Africa (AIDS 2016).

A total of 3,516 (75 percent) of the participants were specified at the study’s outset to take a Sustiva-containing regimen, while 1,169 took regimens without Sustiva.

Comparing the immediate treatment group’s follow-up with the pre-treatment follow-up of the deferred treatment group, the researchers found that starting on a Sustiva-inclusive regimen was associated with a 4.16-fold greater likelihood of suicidal or self-harming events. Meanwhile, among those assigned to take regimens not including Sustiva, starting ARVs was not associated with a greater likelihood of such events.

The risk of self-harm or suicidal events was greater among those who had a psychiatric diagnosis at the study’s outset. 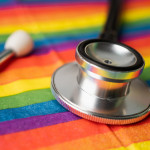