Sustiva is a component of the combination tablet Atripla (efavirenz/tenofovir disoproxil fumarate, or TDF/emtricitabine), which is no longer a recommended first-line HIV therapy in the United States. In fact, it is the only combination tablet contatining the older version of tenofovir, known as TDF, for which Gilead Sciences has not released an updated version that swaps TDF for a new, safer version of tenofovir, called tenofovir alafenamide, or TAF.

The median lowest-ever CD4 count among the cohort was about 350.

The researchers ruled out traditional causes of injury to the liver among the cohort.

Looking at the liver biopsies available from 73 of the individuals, the researchers found three patterns of drug-induced liver injury, including: 17 people who had nonspecific hepatitis (inflammation of the liver) associated with grade 1 to 2 elevations in the liver enzymes alanine aminotransferase (ALT) and aspartate aminotransferase (AST); 20 people who had mixed cholestatic-hepatitis associated with grade 2 to 3 elevations in ALT and AST, alkaline phosphatase and gamma-glutamyl transpeptidase and mild to moderate jaundice; and 36 people with submassive necrosis with grade 4 elevations in ALT and AST, severe jaundice and impaired blood clotting.

Overall, 11 percent of the group died, most of them within a week of arriving in medical care with symptoms. 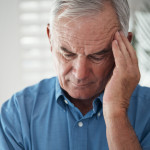 I take Tylenol every day for a headache. Is this safe?

Herbals and Supplements May Cause Liver Damage, Even Death

In the U.S., Hepatitis C Deaths Outstrip Those From HIV/AIDS