Trogarzo Can Keep Viral Load Suppressed for at Least a Year

Researchers gave the antibody treatment to those with multidrug-resistant HIV along with an optimized antiretroviral regimen.

People with multidrug-resistant HIV who achieve a fully suppressed viral load thanks to the addition of the newly approved antibody treatment Trogarzo (ibalizumab) can maintain viral suppression for at least a year, aidsmap reports.

Presenting their findings at the International Congress on Drug Therapy in HIV Infection (HIV Glasgow) in Scotland, researchers enrolled 40 people with multidrug-resistant HIV into the Phase III TMB-301 study, which ran for 24 weeks and was followed by an expanded access program in which participants could continue on Trogarzo therapy.

Upon their entry into the study, the participants’ median CD4 count was just 73. They had contracted HIV a median 23 years prior. Eighty-five percent of the study members were male. They had a median age of 53 years old.

The participants had HIV that was resistant to at least one medication in three or more classes of antiretrovirals (ARVs). On day seven of the study they received a 2,000 milligram infusion of Trogarzo. On day 14, they were started on a standard ARV regimen optimized based on drug resistance testing. Starting on day 21, they received an 800 mg infusion of Trogarzo every 14 days.

Of those still on treatment by the end of the expanded access phase, the median reduction in viral load was 2.5log10, or a 99.68 percent reduction.

All 15 of those who entered the expanded access phase with a fully suppressed viral load maintained that status 24 weeks later.

Trogarzo treatment was well tolerated. One participant experienced a severe rash. Adverse events that occurred in more than 5 percent of participants included nausea, rash and dizziness.

Adherence to HIV Treatment in the U.S. Remains Quite Poor 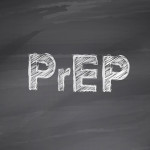