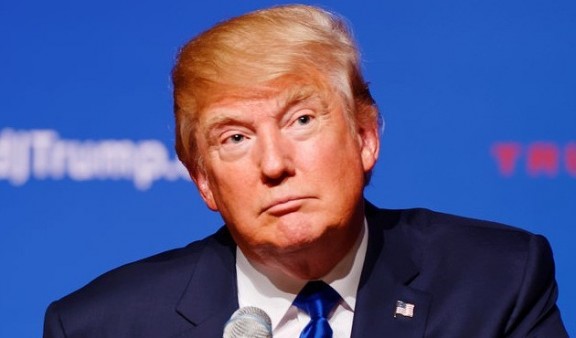 UPDATE: Trump Promised $10K to a Latino AIDS Group, so Where’s the Money?

Actually, despite initial reports, the money was donated to the Latino Commission on AIDS.

UPDATE: This story has been updated to reflect the latest reporting.

During an episode of Donald Trump’s reality TV show, Celebrity Apprentice, he promised contestant Dayana Mendoza that he would donate $10,000 to her charity, the Latino Commission on AIDS. That was in 2012. Earlier this week, the commission’s Daniel Lyva was quoted in the Washington Post saying it still has not received the money.

This was one of five instances the Post claimed were “phantom donations”—money that Trump’s charity, the Donald J. Trump Foundation, reported as donated on tax filings but that the recipients claimed they never received.

However, since the story was printed and CNN began inquiring about the missing funds, three of the missing donations have been found. One of those was the gift to the Latino Commission on AIDS. The group’s president, Guillermo Chacon, told the newspaper that a senior staffer double-checked the records and found the Trump Foundation’s contribution.

In another instance, a $10,000 donation to the Giving Back Fund had been filed in an older recordkeeping system under a charity bearing a different name that falls under the fund’s umbrella. This had eluded the initial researchers.

Other aspects of the Post’s original reporting apparently remain correct, if contested by Trump’s campaign. For example, the paper reports that Trump has not donated his own money to the foundation since 2008. Instead, the foundation with his name on it (and on the checks) gives away other people’s money.

One of the so-called phantom donations was for $25,000 to the Kansas nonprofit Justice for All, which works to “make abortion unthinkable.” The group never received the funds. Trump’s organization claimed that this group was listed as a recipient because of an accounting error. The funds, in fact, made it to the desired recipient: And Justice for All, a group that supports Republican Florida Attorney General Pamela Bondi.

But that’s problematic too. The Internal Revenue Service prohibits nonprofits such as Trump’s foundation from making political gifts like the donation to Bondi. Which is to say nothing of the conflict of interest inherent in the situation since Bondi was the person to decide whether to open investigations into Trump University.