During the June meeting, U.N. leaders will assess global progress toward ending AIDS by 2030. Also: This year marks 25 years of UNAIDS.

Because of the changing nature of the COVID-19 pandemic, the event’s organizers have not yet decided whether the meeting will be held in person or virtually or a combination of the two.

“World leaders must seize the opportunity offered by this new United Nations General Assembly high-level meeting on HIV and AIDS to maintain their focus and commitment on ending AIDS as a public health threat as part of the 2030 Agenda for Sustainable Development,” said Winnie Byanyima, UNAIDS executive director, in a UNAIDS statement on the meeting. 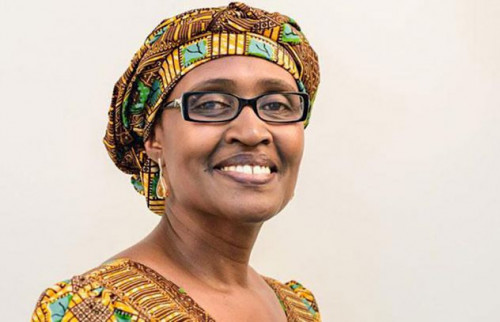 “The AIDS epidemic is unfinished business and must be ended for everyone everywhere, including for young women and adolescent girls and for other groups of people disproportionately affected by HIV,” Byanyima continued. “The right to health belongs to all of us.”

UNAIDS is currently in the process of developing global HIV-related goals for 2021–2026. The new goals will include measurable targets to ensure no country or community is left behind, especially the key populations affected by HIV including women and girls in sub-Saharan Africa, sex workers, transgender people, people who inject drugs, and men who have sex with men.

Targets adapted in 2016 for 2020 were met by only 13 nations. Despite progress on that front, the COVID-19 pandemic resulted in many setbacks.

UNAIDS hopes that the high-level meeting will be used as an opportunity to strengthen global efforts not only to fight HIV and COVID-19 but also to take the lessons learned from both pandemics and apply them to creating stronger and more resilient societies and health care systems.

“The AIDS response has taught us that global solidarity is critical to making sustained progress against the impact of health threats like COVID-19,” Byanyima said. “There must be concerted international efforts to reduce inequalities between countries and within them to strengthen the world’s capacity to absorb and defeat future global health challenges that put lives and livelihoods at risk everywhere.”

During the past year, UNAIDS released a number of reports looking at COVID-19 through the lens of HIV. For POZ articles on those reports see:

And in other global HIV news, Andrew Spieldenner, PhD, is the new executive director of MPact Global Action for Gay Men’s Health and Rights.