While likely more than 80,000 U.S. residents filled a prescription for Truvada (tenofovir/emtricitabine) as pre-exposure prophylaxis (PrEP) by the end of 2015, its use among young people, minorities, women and people in many parts of the South, where HIV transmissions are particularly high, lags behind, aidsmap reports. Gilead Sciences released an updated of PrEP use in the United States at the 21st International AIDS Conference in Durban, South Africa (AIDS 2016).

Gilead researchers based their prescription estimates on available data from 80 percent of U.S. retail pharmacies that dispensed Truvada between January 2012 and December 2015. They used an algorithm to exclude prescriptions written for non-PrEP purposes (there is no specific prescription code for Truvada’s use as PrEP), including HIV treatment, HIV post-exposure prophylaxis (PEP) and hepatitis B virus (HBV) treatment.

What data was available about the race of those receiving PrEP aligned with previous findings: that the population is largely white. This raises the issue of the potential breadth of PrEP’s impact on HIV infection rates, considering how disproportionately the virus impacts African Americans in particular. If PrEP is predominantly used by white men who have sex with men (MSM) and succeeds in driving down their rate of annual HIV infections at a faster rate (the figures have long been falling), this may effectively widen existing racial disparities in HIV incidence among MSM as a whole.

The Gilead report concluded that barriers to PrEP use should be addressed in demographics at high risk for HIV, including women, those younger than 25 and states with high HIV rates. 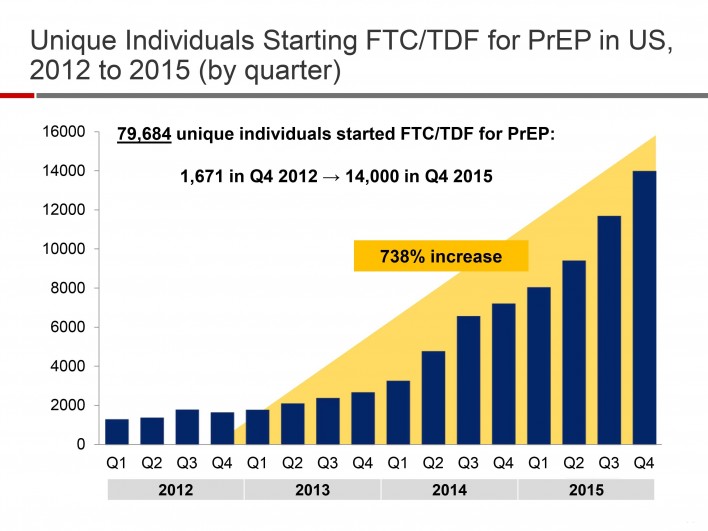 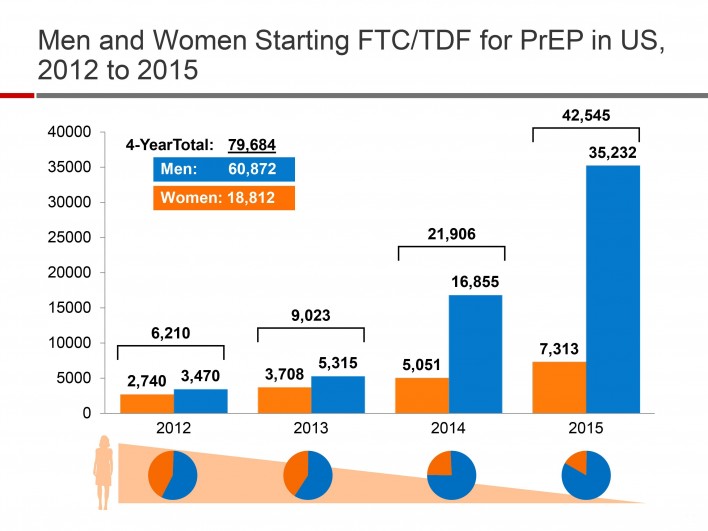 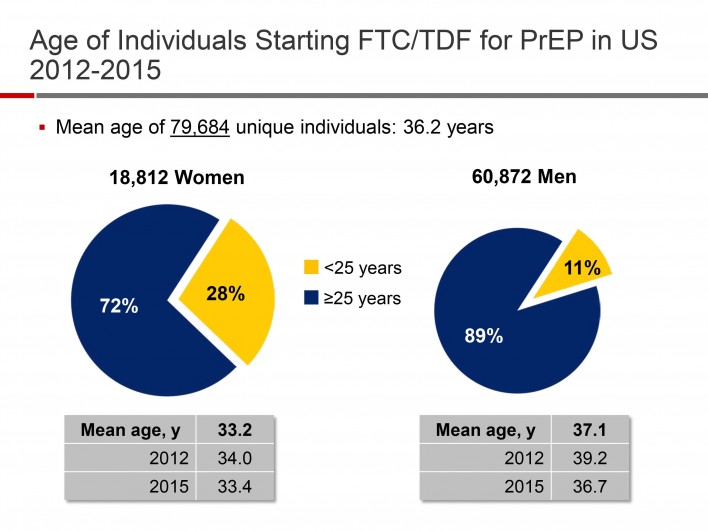