The Veterans Health Administration is the nation’s largest single provider of medical care to people with HIV.

When former military personnel or their family members test HIV positive at a Veterans Affairs (VA) health facility, do they get linked to care and treatment in a timely manner? It’s an important question because the Veterans Health Administration cares for 31,000 HIV-positive clients, making it the nation’s largest single provider of care for people living with the virus.

According to MilitaryTimes.com, researchers with the Government Accountability Office (GAO) looked into the issue and found inconsistent records. The GAO’s report noted that 86% of veterans newly diagnosed with HIV in 2019 were connected to care within a month. (Federal guidelines advise that HIV treatment should start within 30 days of diagnosis.) Among the other 14%, the report found gaps in monitoring and recordkeeping.

In response to the GAO’s report, VA leaders said they will address improvements to their records system at upcoming quarterly meetings.

It’s vital for people with HIV to get connected to care and start treatment. The Military Times article underscores a message from the GAO’s report: “Individuals who are diagnosed and treated before the disease is far advanced can live nearly as long as an individual who does not have HIV. And HIV treatment helps prevent transmission of the virus to, for example, a sexual partner.” 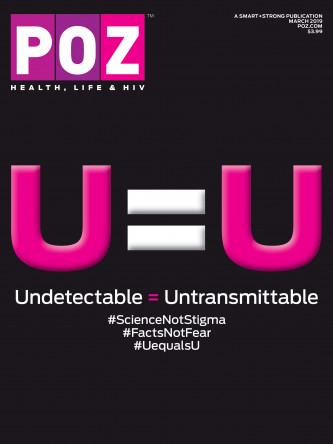 In fact, people with HIV who take treatment and maintain an undetectable viral load cannot transmit the virus sexually, even during condomless sex. This is referred to as Undetectable Equals Untransmittable, or U=U. To learn more about that, see this POZ cover story.

Among Older Men, HIV Is Linked to Higher Dementia Risk