Viral Load Does Not Equal Value

Ensuring health equity for all people living with HIV

In 2018, I was invited by writer, blogger and HIV advocate Mark S. King to co-facilitate a discussion at the United States Conference on AIDS related to Undetectable Equals Untransmittable (U=U). Titled “Are We Shaming Those Who Are Detectable?” the workshop examined the struggles and barriers around treatment and care for people living with HIV.

The session was an extraordinary learning experience. Questions raised during the session, and the ideas that we discussed, have inspired me to think through the current challenges and opportunities for ensuring health equity in our communities.

How to support and affirm people living with HIV who are not virally suppressed was one of the key issues that emerged. Viral suppression, or being undetectable, not only keeps people who are living with HIV healthy, but it also means they cannot transmit the virus sexually.

Considering the profound advances in HIV treatment and medicine, many of us are left wondering why so many members of our community struggle with viral suppression. To contend with this issue and fight the epidemic, we must confront structural barriers and address stigma. What’s more, we must imagine new ways to provide community support beyond offering only clinical solutions. 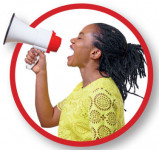 Not Just Pills, but Power

Public narratives—stories told and spread throughout a culture to describe, explain and provide meaning to experiences—are often rooted in myths and fictions perpetuated by the dominant culture to maintain social order.

No matter how many times, for example, the racist and sexist caricature of the “welfare queen” is refuted, the notion that Black people take advantage of the “system” for personal gain persists.

A pervasive myth concerning the HIV epidemic is that individual behavior rather than structural inequality is the root cause of the disproportionate impact of HIV on the lives of members of vulnerable communities.

Leisha McKinley-Beach, founder of Leisha.org and a national HIV prevention consultant, echoes this point: “We tend to blame the person instead of looking at our infrastructure or systems that support these negative outcomes. If we continue to focus on HIV, we [won’t] end the epidemic. HIV is the outcome of cultural and social issues that affect the entire person.”

Institutions must also have the capacity and resources to serve and connect to communities in need, particularly communities already affected by structural violence, such as people of color, cisgender and transgender women, undocumented folks, the queer community and people experiencing economic distress. If HIV organizations are unable to provide quality services, then how can people living with HIV be expected to access health care? More specifically, how can individuals become undetectable if their AIDS service organization can’t help them get meds?

In an interview with TheBody.com, Martin Walker, director of HIV programs at Planned Parenthood of the Rocky Mountains, shares his journey: “I think it’s a bigger systematic problem, right? We’ve got all these grassroots organizations trying to do a lot of things, and they’re getting overrun by the number of people that they are trying to serve. And so things like making phone calls back from the voicemail, or checking the voicemail, or cleaning the voicemail out, that sort of gets lost in the shuffle when you are a small grassroots organization.”

Recognizing institutional and structural barriers does not mean completely ignoring the role of individual actions or personal agency. Walker acknowledges: “I want people to know that my being detectable is not just the system—it’s also me.” He knows that sometimes you have to be your own advocate. “Folks need to just keep calling, keep trying to access the system, be the squeaky wheel. Get back to that old ’80s-style advocacy that we used to do.”

McKinley-Beach concurs: “Although I am not downplaying the accountability and responsibility of each individual, even in the midst of making decisions that could yield positive outcomes, people are still faced with these other barriers that exist and prevent such an event from occurring.”

Hemphill continues: “Some were lost to poverty because there was no money to do something about the plumbing before the pipes burst and the room flooded. Homophobia killed quite a few, but so did my rage and my pointed furies, so did the wars at home and the wars within, so did the drugs I took to remain calm, cool, collected.”

To address the structural barriers that impede treatment access, the HIV movement must employ an anti-oppression/racial justice lens. To this end, it is particularly critical to recognize how HIV affects Black communities.

The late HIV advocate Mario Cooper, in his prophetic essay “Get Your Black Up!,” calls on the Black community to engage in direct-action organizing. Visionary movement leadership, rooted in an intersectional analysis, is the ground upon which our politics and policies must be built. To comprehend why people struggle to become virally suppressed, we must confront health care, but we must also confront race.

Though it may be tempting to reduce stigma to interpersonal interactions, doing so ignores the truth that stigma is as much systemic as it is singular. Stigma is a kind of psychological warfare that robs oppressed people of their human dignity; it also constitutes a stealth effort to control them. This is, in part, how stigma makes its way into laws. HIV criminalization is a stunning example of this process, and it illustrates how people with a detectable viral load are set up to be further stigmatized and shamed.

In a POZ blog post titled “Prevention vs. Prosecution: Creating a Viral Underclass,” Sero Project executive director and POZ founder Sean Strub illustrates how HIV stigma, reinforced by the power of the law, creates a viral underclass: “This viral underclass is a result of HIV criminalization, when people who have tested positive for HIV experience punishment, or a more extreme punishment, as well as a presumption of guilt or wrongdoing in a host of settings and for a host of practices that are, for those who have not tested positive for HIV, unremarkable.”

Strub continues: “When the government statutorily stigmatizes, it is a collective statement of the society. It says this group is ‘less than.’ It sets an example for communities, encouraging stigmatization and discrimination. And it is wrong.”

In the health care narrative writ large—played out in service delivery, blogs, forums, workshops, research and social media—being detectable can make folks the object of blame.

In other words, as Venita Ray, deputy director of Positive Women’s Network–USA, puts it: “Because HIV is a racial justice issue, we must not deny that inequities exist that increase the vulnerability of Black folks to acquiring HIV and prevents us from accessing culturally appropriate care. That means we have folks who are not able to achieve undetectability for a number of reasons. It is not their fault. We must not blame or shame folks for acquiring HIV or having a detectable viral load. We cannot and must not leave anybody behind.”

The dominant framework for how we care for people living with HIV must be examined not only through a continuum of clinical care but also through a continuum of community care and justice. Who are we leaving out and how do we bring them in? How are we supporting our community members? Do we not have any obligation to ensure that our friends and loved ones are engaged in health and wellness in a way that’s comfortable for them?

Monte J. Wolfe, artistic director of arts, education and outreach organization Brave Soul Collective, says: “I think one of the most important things to consider when talking about those of us living with HIV, particularly people of color, is for us to be as compassionate as humanly possible, taking into consideration that none of us really truly knows what it’s like ‘on the other side of HIV’ until we’re faced with having to deal with the very intricate parts of such a complicated issue.”

We must fight back with messaging. One of the most effective and historic counter-narratives to HIV stigma has been the U=U movement. U=U advances a message that successfully battles stigma and transforms the lives and experiences of people living with HIV.

We must also fight back with organizing and activism. Much of HIV movement history is rooted in confrontation—with government, health care institutions, pharmaceutical companies and more. So if health care departments and AIDS service organizations continue to be hostile to vulnerable communities or put up barriers to care, then we must consider direct actions targeting them.

We need to make more funding available for community organization and political education in the HIV movement. Such investment by the philanthropic community must actively engage and partner with networks of people living with HIV, particularly those led by people of color, in order to guide programmatic approaches. As a movement, we must continue to advance an analysis that centers racial justice in our policy prioritization.

A discussion about the clinical experiences of marginalized communities—notably those whose HIV remains detectable—necessitates addressing trauma. Trauma-informed care practices could go a long way in making health care delivery more responsive to the various experiences and needs of people living with HIV and supporting them in remaining connected to care. We must demand that HIV clinicians be trained in trauma-informed care.

We, as individuals, must also not forget the collective trauma endured by the survivors of our movement. We must remember those who came before us, know their stories and honor their memories with our efforts. Our movement’s history offers lessons we can integrate into our current efforts.

The immense challenges we confront cannot be overstated. Years and years of hard-won battles for rights and resources, which, even with our best efforts, never completely addressed all our needs, are being plundered by a conservative regime that has expressed a deep hostility toward those of us in the margins. The health of our communities is at stake.

Never have we—LGBTQ folks, people of color, poor and working-class people, all communities most affected by HIV—enjoyed the luxury of passive despair; we have always had to fight for everything. Now is not different. We need a movement that leaves no one behind, regardless of viral load. We must protect all our community members.