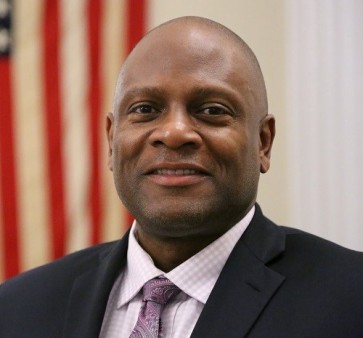 “After two extraordinary years with the Obama Administration, today is my last as the Director of the Office of National AIDS Policy,” writes Douglas Brooks, MSW, in a White House blog post March 24. “It’s been the opportunity of a lifetime to serve President Obama, a man I admire so deeply, and the American people, helping to lead our efforts to improve HIV research, prevention and care.”

When Douglas began as director, many in the HIV community cheered: He was the first openly gay, HIV-positive African American to hold the position.

As Brooks notes in his farewell letter, during his tenure he worked on the update to the National HIV/AIDS Strategy (NHAS) and hosted the first White House meetings on HIV in various regions and communities, including the South, and among gay and bisexual men and transgender people; HIV stigma was the topic of another White House meeting.

He also noted successful efforts to end the ban on federal funding for needle exchanges and to increase access to Truvada as pre-exposure prophylaxis (PrEP), a daily pill to prevent getting HIV.

Speaking to the Washington Blade, AIDS advocates praised Brooks. “I was glad to see a recommendation to increase access and coverage for pre-exposure prophylaxis (PrEP) in the updated strategy, since PrEP was not yet approved by the FDA in the previous version of the strategy published in 2010,” said James Loduca, senior vice president of San Francisco AIDS Foundation. “PrEP is a highly effective tool that people can use to prevent HIV, but it is underutilized by people who could benefit.”

For a February 2016 opinion piece by Brooks in POZ, read “What Drives Me? Getting to an AIDS-Free Generation.”