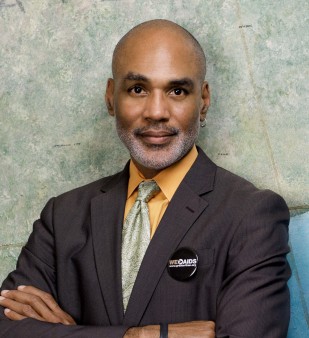 Working the Grief, Pain, the Fear, and the Anger of the 2016 Presidential Election

The president and CEO of The Black AIDS Institute reflects on what’s next for the HIV community.

The long nightmare of the 2016 presidential election has now come to an end. And although the results are not what many of us had hoped for or even what the majority of American voters voted for, we now have a new president-elect of the United States. His name is Donald Trump. The question is: Now what?

Several things that were true the day before the election, remain true today, the day after the election. We still live in a very divided nation-divided by politics, race, class, gender, generation, and geography. The economic divide between the “haves” and the “have-nots” is still obscenely wide. The challenges facing the working-class and poor Americans-who were completely ignored this election season-are overwhelming. And the difficulties of providing healthcare to all — including the possibility of ending the AIDS epidemic — still loom large. It will take many of us a very long time to get over the grief, pain, the fear, and the anger that has been brought about by this election season. But getting past those things, and back to the issues that impact the lives of our loves once is exactly what we must do.

As Secretary Clinton requested of us during her concession speech, it is entirely appropriate for us to wish that the new president-elect has a successful presidency. But the fundamental question that looms before us is what does that mean? What’s going to happen to Roe v. Wade. What’s going to happen to the 20 million Americans who currently have health insurance through the Affordable Care Act? Will American children whose parents are undocumented immigrants become orphans? Will the Voting Rights Act be further eviscerated? Will marriage equality go the way of prohibition? Will the coarseness of our political discourse become codified into our political system? We must use everything in our power to protect these advances.

We have tools that hold the promise of ending the AIDS epidemic. At the same time far too few people who need those tools most either know that they exist, understand how to use them, believe that they work or have access to them. But those of us who work in HIV and AIDS are not afraid to work. The work of addressing these disparities clearly appears to have gotten more difficult. For some of us the barriers may even seem insurmountable.

But our saving grace has always been that we are not afraid to work, no matter the odds or the magnitude of the barriers. We understand how to find a way out of no way. We know how to push through the darkest times. We know how to capture the possibility, confront the challenges, and care for each other in ways we never have before.

It would be easy for some of us to explain the overwhelming support that a candidate we believe was wholly unfit, unqualified and ill tempered to be president of the United States received by attributing his victory only to racism or sexism or xenophobia. That would be a mistake. No one objectively can deny that millions of Americans are in pain and feel left behind, regardless of color, or gender, or religion, or sexual orientation, or region of the world where they live or come from. There are some who feel the need to blame others for their despair and pain. It is important for all of us-particularly those of us who feel the most pain at this moment-to find a way to communicate that we have a shared pain and that America is stronger, healthier, and more prosperous when we resist efforts to relieve suffering by inflicting suffering on others. America is great when we raise all boats.

Providing equality for all without regard to race, opportunity for those who have historically been shut out, equal pay for equal work, and celebrating the contributions of immigrants already here by whatever means and those yet to come, does not have to diminish anyone. That is the America I believe in.

Phill Wilson is president and CEO of The Black AIDS Institute.