Why I Choose to “Drive”

I really wanted to release a song on June 6, which will mark 30 years since my Make-A-Wish Foundation experience with Depeche Mode. I wasn’t sure which song to release, though. Do yet another Depeche Mode cover? Nah, I did a batch of those in 2015. It was a frenzied and fruitful effort that called on lots of friends in order make it special. (Synthetic Division’s “Shaking the Disease: An Unlikely Tribute to Depeche Mode”- check it out sometime!) 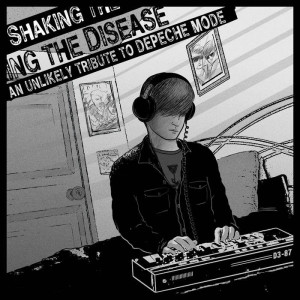 But in a different way. Fully embracing the madness of the moment we are in, I was inspired to do something fun that would maybe bring a smile to peoples’ faces. Shawn’s Ongoing Spacejam has been a joy in a time of uncertainty and chaos. I know I’m fortunate to not be on the frontlines, and the best I can do is not get this thing and further burden the healthcare system. And, ultimately, it’s easier for me than it is for most to isolate.

So back to June 6. And releasing a song.

An original song? I’d been releasing one new digital single a month for the second half of last year. I had a few songs ready to go, and was planning to start the releases again in March or April. Then coronavirus happened, and my needs shifted as far as music goes. Instead of laboring alone on a mix, which requires so many tweaks, re-listens and yes, frustration, I decided to focus on playing shows.

I decided to go with a cover, “Drive”, by The Cars. It’s a song that I programmed for my 80s cover band’s shows. It’s one that Alethea Leventhal​ of Ships in the Night and I sing together, and I’m very proud of it. Back when people could gather on stages and sing in close proximity to an audience, Alethea played the Martin Gore to my Dave Gahan for a Depeche Mode cover set (alongside Ethan Lipscomb as Alan Wilder and Christina Fleming as Fletch). Check us out, partying like it’s 2016.

(Recorded by Jeremi Rimel at The Southern in Charlottesville, VA MockStars 2016)

The mix for Drive was pretty far along, but I really dove in over the last couple of weeks and, once again, friends were there to help (thanks Josh D’Elia​ and Alan Siegler​ for your care-filled ears!). Back in January, Nicole Rimel​ came over to record some cello for Please Don’t Tell, and I asked if she’d play some on “Drive”. She did- and her contribution really adds even more humanity to the music.

The teaser for Drive is at the top of the page. The song will be available everywhere on June 6. I hope you enjoy it as much as I enjoyed covering it. And, I figured out, this cover does have relevance to the June 6, 1990 Make-A-Wish encounter.... 1990 was the last year that I wasn’t old enough to drive!