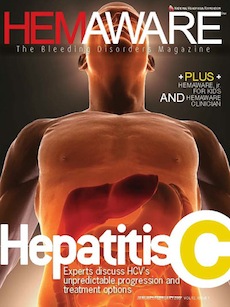 The folks at HemAware, a magazine that is to the bleeding disorders community what Poz is to the AIDS community, are working on their next issue and they are looking for the following:

If you fit any of the above and are interested in contributing to HemAware, contact Melanie Powers.

--------
In terms of my own bleeding disorder, which fortunately doesn’t give me too many day-to-day or week-to-week problems, I have come to a great realization lately... see, I have somewhat of a bum ankle, which I believe I injured playing a game I invented called Pool Two-Bounce back in 1995... but that’s a stupid story that doesn’t need to be shared at this time.

What is important to share is that my ankle gets sore after a night of shooting pool, just simply walking around a table, leaning, walking, leaning. All that adds up after a couple of hours and then the next day or two I’m limping around when it’s the roughest.  I also like playing tennis, and that is really rough on the ankle.  Well, it used to be. 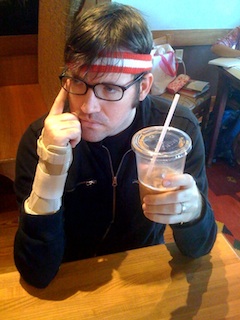 I just started using this thing I have called The Cryo Cuff.  It’s like a water cooler attached to a bootie.  You fill the cooler with ice water, and a little tube to the bootie keeps cold water on your ankle- it feels really nice.  I call the process of using this “cuffing”... kind of like “huffing”, but not stupid like inhaling deadly fumes for a cheap buzz.  In fact, it’s the opposite, cuffing for 30 minutes or more, which can be done while watching TV or playing video games, has helped me with the post-game limping.

And when you play to win like my tennis alter ego, Boris Decker, it’s nice to have the ability to make a victory lap (or a trip to the coffee shop) the next day without wincing in pain.

Hope everyone has a nice weekend!


VOTING for the PEPSI REFRESH GRANT that would enable me to educate 50,000 teenagers about HIV ENDS on SEPTEMBER 30!  VOTE DAILY, Click the button below to join my Reminder email list.