For You Fellow Rasslin Fans 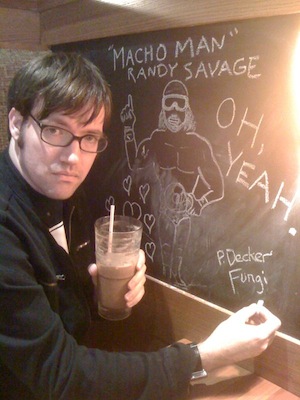 Anyone who knows me knows my love of pro wrestling.  I paid homage to it in my memoir, My Pet Virus, by dedicating a chapter of the book to Ric Flair. Followers of this blog may remember my final Positoid column for Poz Magazine, which was about my interview with Ric in which we uncomfortably wrested around the topic of HIV.
Wrestling holds a special place in my heart. It’s just so over the top. Part of how I’ve decided to educate about HIV has definitely been influenced by the shenanigans that seeped into my soul as a newly diagnosed kid obsessing over my favorite grapplers and wrestling in the frontyard with friends over championship titles made out of cardboard.  How has it influenced me? Well, I see HIV as an opponent of sorts- the way I beat this opponent in the ring is by not allowing it to silence me, or lull me into a false sense of security. Sure, it’s won a few battles over the years, but I’m definitely winning the war. I could die tomorrow and still claim victory.

So, when the humorists over at the wrestling opinion website, Podswoggle, invited me to write a column for them about tomorrow’s Royal Rumble- my favorite wrestling event of the year- I couldn’t pass up the opportunity. Check it out here.

Hope everyone out there is having a good match against whatever ails ya.