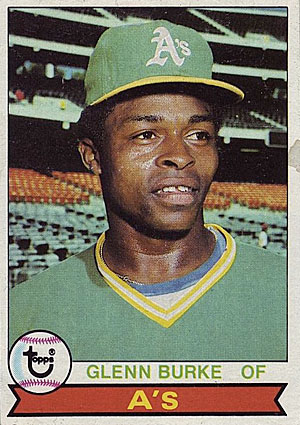 To many baseball fans, Glenn Burke is known for starting game one for the Los Angeles Dodgers in the 1977 World Series against the New York Yankees or for being hailed as “the next Willie Mays.”

I remember him as the player that took one of my all-time favorite A’s out of Oakland (Billy North) in a 1978 trade. But now I know there were much bigger issues at work than who was the better ballplayer.

Burke was the first openly gay Major League Baseball player and is cemented in history as paving the way for LGBT professional sports players everywhere--including Billy Bean, the former MLB player who came out after leaving the game in 1995.

Premiering Tuesday, August 9, is Out. The Glenn Burke Story. The documentary details Burke’s life from multi-sport domination throughout high school and college to flying through the Dodgers’ minor league system to the big club, and his eventual trade to the Oakland A’s. But this story is not all home runs and fly balls--instead it details the tragic downward spiral of a potential hall-of-famer.

Burke’s career, tinged with homophobia and hatred, ended when he was 27. Although teammates generally accepted his sexuality, management forced him out of the game he loved. Years later, following a car accident, drug use and prison time, Burke was diagnosed HIV positive. He died one year later at the age of 42.

As a lifelong Oakland A’s fan, I was heartened to hear the A’s stepped up and helped Burke in the final months. I would expect nothing less from the franchise. I was also happy to see Rickey Henderson’s name on the list of teammates and friends who are included in the documentary. Again a class act.

Nominated for a Northern California Area Emmy Award and for Outstanding Documentary at the 22nd Annual GLAAD (Gay & Lesbian Alliance Against Defamation) Media Awards, Out. The Glenn Burke Story is a must-see for the sports fanatic, gay and HIV-affected alike.

Out. The Glenn Burke Story premieres nationwide 10 P.M., Tuesday, August 9, on Versus.