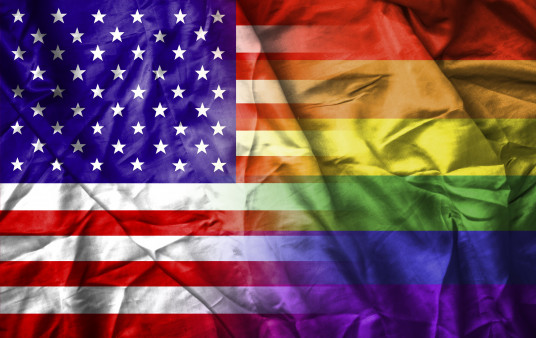 What This HIV Leader Told U.S. Senators at an LGBT Pride Meeting

“It’s hard to be proud when your health is on the line and when stigma is beating you up,” said AIDS United’s Jesse Milan.

On June 12, 2019, AIDS United’s President and CEO, Jesse Milan, Jr., represented the HIV community among a group of the nation’s leading lesbian, gay, bisexual, transgender, and queer (LGBTQ) community leaders who were invited to a roundtable meeting with the U.S. Senate Democratic Steering and Outreach Committee. The purpose of the roundtable was to discuss potential challenges and legislative strategies that might impact the rights of the LGBTQ community. A total of 21 Senators and six organizations attended the off-the-record meeting, with AIDS United the only HIV-specific group present.

Milan’s remarks were focused on what is needed to end the HIV epidemic, including federal investments and targeted approaches to address HIV disparities of LGBTQ individuals and were well received by the Senators and other community leaders present. Overall, the meeting was positive and energizing, and succeeded in providing LGBTQ leaders a unique forum to speak with senators on issues that deeply matter to LGBTQ communities. Read his remarks below. 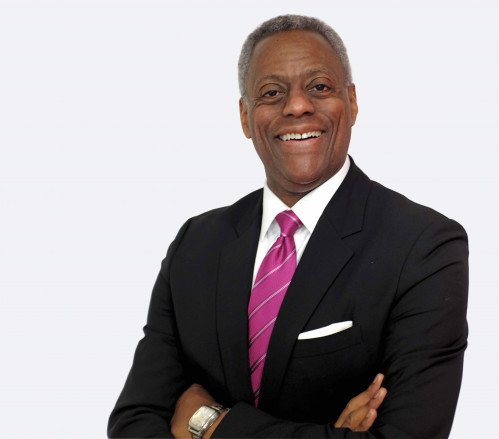 I come to this every year, and every year I cry. Because I always talk about the number of deaths and people who are newly diagnosed. This year I’m not going to cry, because we’re actually going to end this epidemic. Ending the epidemic was not the idea of only the administration; the HIV community has been working with them for over a year telling them that the science is clear and the time is now.

When the President’s initiative was announced, we wondered if they had heard everything we said about what was needed for prevention, care, and research. Now we know they didn’t, because issues around criminalization, housing, and access to care were not fully included.

The $291 million in the President’s budget was just the start. We were elated when the House Appropriations Subcommittee upped the allocation and proposed even more new funds—reaching $490 million to address ending the epidemic in the US.

Our first ask of you, Senators, is that you at minimum support what the House has recommended for increasing new funds for HIV at an amount that is the most substantial new funding offered in at least a decade.

Among the programs targeted for increases include those critical to implementing the first year of the Administration’s plan to end the epidemic:

These increases are critical because we commemorate this month not only Pride and the advocacy legacy of Stonewall, but also 38 years since the first MMWR identified the disease that we now know as HIV, marked last week. That was the year we started to die of this disease. That was 1981— the year I graduated from law school. The next year, I became HIV positive. Today, there are almost 40,000 new HIV diagnoses each year, and 1.2 million people are currently living with HIV in the U.S. Yet, barely half of us are achieving viral suppression, and the other half fight battles for getting and staying in care so that they can get to viral suppression. Approximately 15% still do not know their HIV status. And approximately 7,000 still die every year.

Historically and today, HIV has an infamous disproportionate impact on gay and bisexual men – especially gay men of color and young gay men, on Black and Brown people, on people of trans experience, and on both men and women living in the South and in states that did not expand Medicaid. It’s hard to be proud when your health is on the line.

But what we can celebrate is that HIV treatment enables people like me living with HIV to be healthy and can eliminate sexual transmissions if viral loads are sustained at undetectable levels. This concept, known as Undetectable = Untransmittable (or U=U), revolutionizes HIV prevention and helps eliminate our internal HIV stigma.

And as you know from the recent House hearing, Pre-Exposure Prophylaxis (or PrEP) — the medication for HIV-negative to prevent HIV — is a gamechanger, because it is over 92% effective at preventing HIV. Yet barely 20% of the more than a million people who should be getting PrEP are — and those who lack access to PrEP are overwhelmingly gay men of color, especially in the South.

So with these tools — treatments, viral suppression, U=U, and PrEP — we can end the epidemic, but only with necessary new funds, and only by holding the Administration accountable for getting those funds to the right place, and assuring that the voices of people living with HIV are heard for creating the solutions and jurisdictional plans. And, only if the Administration and its party members in Congress do not sabotage the Ending the Epidemic effort with attacks on the ACA and on LGBTQ people — specifically transgender communities, on immigrants, women, and other vulnerable groups.

We will end this epidemic. The end is when no one dies, when no more transmissions happen, and when no one like me falls to a diagnosis of AIDS, and the end is near. We need your leadership to make it so.