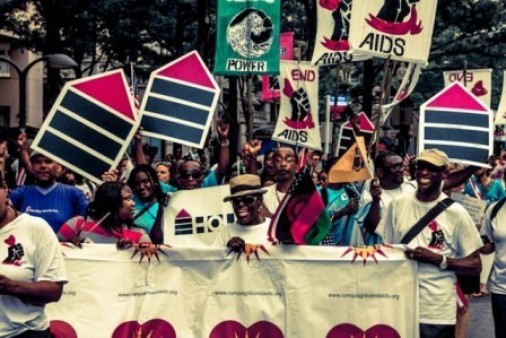 Housing and HIV: Hold on to HUD!

We sit on the eve of the massive rally in the Nation’s Capitol where activists, advocates, allies and organizations will fight to save HUD programs, fight housing cuts, and repeal sequestration. Rebekah Horowitz, consultant to Housing Works puts into perspective the devastating impact these cuts will have among low income, poor, and "Numerous housing and HIV & AIDS advocacy organizations are rallying in D.C. on Wednesday July 24 at 1pm on the Capitol Southeast Lawn (1st and Independence SE, Washington D.C.). This coalition of organizations is joining together to demand a repeal of the sequester and push back on the GOP’s proposed budget for the Department of Housing and Urban Development and drawing attention to the negative impacts these funding cuts have on the communities that we serve.

Housing is an important and cost-effective way to improve health outcomes for people living with HIV & AIDS and prevent new infections. Prevention and care efforts that focus on changing individual behaviors cannot succeed if people do not have a safe and secure place to live.

Homelessness and unstable housing has been linked to increased behaviors that put an individual at risk for HIV infection, including IV drug use and unsafe sexual behaviors. Housing instability magnifies HIV risk for vulnerable populations and is a barrier to reducing HIV risk through prevention and harm reduction interventions such as counseling and needle exchanges.

Stable housing helps people living with HIV & AIDS enter care and adhere to their treatment programs. Homeless persons with HIV who receive a housing placement are twice as likely to achieve an undetectable viral load. Rates of HIV infection among homeless individuals are as much as 16 times higher than in the general population.

Put simply, the AIDS epidemic cannot be ended without addressing homelessness and housing instability among people living with HIV/AIDS. With individuals at all levels of government claiming to want to “create an AIDS-free generation,” the sequester and GOP budget cut proposals are undermining the effort. The GOP budget for HUD and the Department of Transportation were a combined $44 billion, $7.7 bill less than their 2013 spending levels and $4.4 billion below the current level of spending that went into effect after the March 1st sequester. The deep cuts that are taking place as a result of sequestration include funding to discretionary programs including virtually all targeting homelessness and supporting affordable housing for low-income individuals and families, including veterans. The Center on Budget and Policy Priorities estimates that sequestration will reduce federal housing assistance by more than $2 billion in 2013. HUD estimates that more than 100,000 homeless and formerly homeless people will be removed from housing or shelter programs as a result of sequestration, severely impacting the provision of safe and affordable housing and necessary supportive services.

These will undermine what has been a slow but significant decrease in homelessness. Between 2009 and 2011, there was a 1% reduction (about 7,000 people) in homelessness in the U.S. as a result of increased investment in HUD and other federal efforts to end homelessness.

To push back on these cuts to programs that we know undermine the goal of preventing new cases of HIV & AIDS and allowing those living with the disease to be healthy by decreasing access to safe and affordable housing and support services, we will rally on July 24 (Wednesday) to demand funding to continue that work. We will gather at 1p at the Capitol Southeast Lawn (1st and Independence SE, Washington DC).

Supporting organizations of the rally include: