AIDS activists unfurl a banner at the National Lesbian and Gay Health conference in June 1983 in Denver.

You must know this, because it matters. Because it has already changed your life, no matter who you are, and you may not even realize it. Because as we search for a new national voice for people living with HIV (since the ugly demise of The National Association of People with AIDS), and as LGBT community leaders pledge to re-commit themselves to HIV issues, the voice of people with HIV matters more than ever.

That isn’t about a vague concept. It began at a very real meeting, which gave birth to a very real, tangible document. And it happened exactly thirty years ago this month. 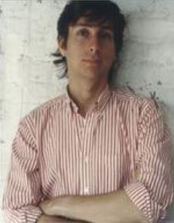 It was 1983. Just a year prior, Acquired Immune Deficiency Syndrome (AIDS) became the fearful nameplate for the murderer of gay friends and lovers. The virus that caused it, HIV, had only been identified a few weeks earlier. Amidst this atmosphere of unremitting grief and fear, a group of activists met in Denver as part of a gay and lesbian health conference. Among them, a dozen men with AIDS. And among their number, the inspirational Michael Callen of New York City, pictured at right, and safe sex architect Richard Berkowitz (Sex Positive), the only surviving member of the group today. They were about to do something that would change our response to AIDS—and health care in general—forever.

As the conference drew to a close, the activists asked to address the attendees. Rather than having a report presented about the state of the AIDS crisis, they wanted to speak for themselves. If the word “empowerment” hadn’t yet been a part of the health care lexicon, it was about to be.

The group took turns reading a document to the conference they had just created themselves, during hours sitting in a hospitality suite of the hotel. It was their Bill of Rights and Declaration of Independence rolled into one. It would be known as The Denver Principles, and it began like this: "We condemn attempts to label us as ’victims,’ which implies defeat, and we are only occasionally ’patients,’ which implies passivity, helplessness, and dependence upon the care of others. We are ’people with AIDS.’" 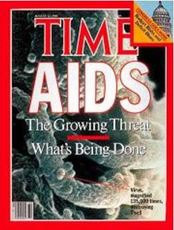 The seminal moment in AIDS activism was arguably those few minutes, when the principles were outlined by these brave “people with AIDS.” Identifying themselves as such, that alone, was startling at the time. How could they not be seen as anything but victims of an arbitrary and cruel killer? But they would have none of it. And they did not stop there.

They outlined 17 principles that covered everything from health care decisions to civil rights to sexual conduct. And their impact on all of us is so obvious today it can easily be taken for granted. Please honor their service and read on.

They demanded that physicians see their patients as “whole people,” and provide “accurate information.” They believed their opinion on their care should be awarded equal weight, and this was revolutionary. The next time your doctor consults you about a change of medications or whether a diagnostic test may be required, you can thank The Denver Principles.

They asked “all people” to fight against AIDS discrimination in the workplace and in housing, which was a provocative concept in the fearsome days of 1983 when people recoiled from those with HIV.

Astonishingly, they even advocated for “as full and satisfying sexual and emotional lives as anyone else” for people with AIDS. Imagine that, at a time when a new blood- and sexual contact-driven disease was in full bloom, a group of people suffering from it wanted sexual rights. Amazing. And yet today, if you are HIV positive and disclose your status to potential partners without feeling like a diseased pariah (or you have observed sexual evolution, like serosorting and sex clubs for positives), you can thank The Denver Principles. For that matter, if you’re HIV negative and negotiate sex with partners of any stripe, you can thank the Principles for believing that we all deserve a satisfying sexual life.

While gay men were the designers of the document, The Subversive Librarian notes that this was a situation in which lesbians and gay men worked together really effectively. As Walt Senterfitt wrote in 1998: “Part of the widespread acceptance of the notion of self-empowerment must be attributed to lessons learned from the feminist and civil rights struggles. Many of the earliest and most vocal supporters of the right to self-empowerment were the lesbians and feminists among the AIDS Network attendees.”

A clear line can be drawn between how all of us participate in our own health care decisions and The Denver Principles. It has influenced the doctor/patient relationship in every disease category, benefiting millions of patients.

When longtime activist and POZ Magazine founder Sean Strub delivered the keynote speech at the Campaign to End AIDS’ 5th Anniversary event a few years ago, he devoted his powerful remarks to the historic importance of The Denver Principles and announced a plan to create a Denver Principles Empowerment Index that will hold AIDS groups accountable to the people they serve. That sort of work continues today, with plans underway to conduct a “Stigma Index” survey in the United States, measuring levels of HIV stigma and employing people with HIV in the process.

Sean knows a thing or two about accountability. When I worked for various AIDS organizations through the 1980s and 90s, we were shaking in our boots each year when POZ Magazine produced their chart outlining which of the country’s AIDS organizations met certain criteria. The chart rated things like financial transparency, the cost of fund raising, and how many HIV positive people served on the Board (for which, by the way, you can thank The Denver Principles, which demanded people with AIDS “be included in all AIDS forums.”)

The Empowerment Index that Sean and others are creating (he’s open to input) would chart similar criteria for AIDS organizations and other health care providers, by measuring the degree to which their clients feel empowered and involved in their own decisions. It would tangibly rate things like fund raising, transparency, HIV+ representation and the delivery of services.

So the Denver Principles live on. A list of profound basic rights were outlined during the dawn of this epidemic that continue to have an impact on us today. Anyone facing a chronic illness should laud the amazing journey and profound importance of this document. 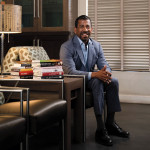