I Am Woman, Hear Me Roar

Today is International Women’s Day. Last night I saw a documentary film that reminded me why it’s so important to raise political and social awareness of the struggles of women worldwide. 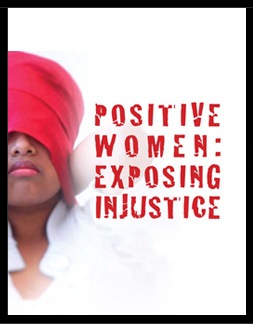 Positive Women: Exposing Injustice tells the stories of four HIV-positive women living in Canada. Produced and directed by Alison Duke, the film tackles the topic of HIV criminalization. In October 2012, the Supreme Court of Canada ruled that people living with HIV have a legal duty to disclose their status before any sexual activity that poses a “realistic possibility” of transmitting the virus. In other words, the only time disclosure is not required is during vaginal intercourse in which a condom is used and the positive person has a low viral load. Failure to meet all requirements can result in conviction of aggravated sexual assault.

Too bad it doesn’t matter whether there is intent to spread the virus or whether transmission even occurs.

One of the more shocking parts of the film was the story of a woman who was on trial for not telling her partner she was HIV positive at the beginning of the relationship (she later disclosed, but after they already had sex, once, during which they used a condom). Although it is startling to learn that individuals are criminalized for engaging in consensual sex, the truly shocking aspect is that her ex-partner--who beat her, threw her over a railing and threatened to brand her with a hot poker when she told him she was leaving him--was acquitted of assault charges after he filed nondisclosure charges against her.

What? Why the hell was he not convicted with assault? Is it really OK in Canada to beat someone just because he or she has HIV? Sadly, that was just one of the many injustices the women in the film faced.

After the screening I met Jessica Whitbred, one of the women profiled in the film. I was compelled to give her a hug for her honesty and bravery. Turns out she’s in New York this week to attend the Commission on the Status of Women at the United Nations as the global chair of the International Community of Women Living with HIV. This year’s U.N. theme for International Women’s Day is “A promise is a promise: Time for action to end violence against women.”

I applaud Jessica and the other women featured in the film, as well as countless other women (and men) worldwide, who are empowered to speak out against the injustice of HIV criminalization.

As I headed home I listened to a song that always empowers me:

Oh yes, I am wise
But it’s wisdom born of pain
Yes, I’ve paid the price
But look how much I’ve gained
If I have to, I can do anything

I am strong (strong)
I am invincible (invincible)
I am woman

Happy International Women’s Day. It is time for action. And it’s time we all stand up against injustice.


Fun Fact: The United Nations declared 1975 as International Women’s Year and named “I Am Woman” its theme song.