While on the campaign trail in Virginia, Sen. Obama delivered one of his canned lines about the Republican ticket. “You can put lipstick on a pig, but it’s still a pig.”

Gee, Jane, tell us what you really think of Sarah Palin? 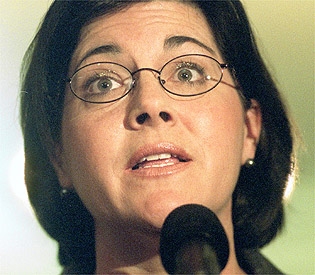 What is disgusting is the McCain campaign’s new political attack ad. They are saying Obama voted for comprehensive sex education for kindergarteners. Does the McCain campaign really want to go there? Mr. “I’m Not Sure if Condoms Prevent the Spread of HIV”?

And will Jane Swiftboat be held accountable for calling Palin a pig? The woman just had a child in April, for God’s sake. I think she’s in fine shape, and even if she weren’t we just don’t go there. I just think the former Governor is jealous that she was overlooked in favor of Palin.