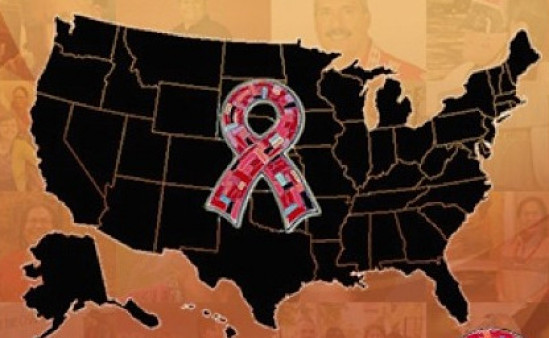 The National Native American AIDS Prevention Center was founded in 1987 in San Francisco to help Native Americans living in urban areas in the midst of the HIV crisis. Funding came from the Centers for Disease Control and Prevention to offer prevention services needed for Native people. The organization soon moved to Denver in hopes of starting a hub for social justice and HIV education in the middle of the country, especially for the tribes living in that region of the U.S.

But in 2012, the CDC stopped funding NNAAPC.

Only two other organizations survived this event: one in Minneapolis and the other in Albuquerque that offer direct services to their communities. NNAAPC is the last national organization in the U.S. that focuses on Native health care and uplifting the needs of Native people living with HIV. This lack of Native organizations means that Native people are often disregarded when it comes to the conversation about HIV/AIDS.

Basic data about Native people living with HIV is not represented at conferences or on government websites.

“We’ve been asking for data. I still can go to an HIV conference and have government officials present the latest statistics on Latino communities, Black communities, usually there’s an ‘other’ category, but there’s no information on Native Americans. That absence of data has really harmed us when it comes to HIV because if government officials don’t have the numbers, they don’t make it a priority.”

This became apparent during the COVID-19 pandemic when states declined to collect data on Native communities.

“It’s based on the idea that our populations are too small to matter. But we always say. ‘If your goal is to prevent HIV, then really one is too much.’ What you are saying is if 200 Native Americans get HIV per year that’s okay, because it’s so low compared to other groups. It’s not okay.”

Theringer would love to see a graph including Native people or a Native person sitting on a main panel at a webinar as ways to meaningfully include Native people in the conversation.

“If we’re truly going to have a national [HIV] plan, we need to have a plan that includes everyone.”

One major issue is accessing funding. It is difficult for Native organizations to compete against larger networks of organizations for the limited funding available.

Before COVID-19, NNAAPC sought funding to keep their organization afloat. The focus on the pandemic has made it even more difficult for the organization to receive funding as HIV has often been pushed to the back burner when talking about health services at this point in time. In order to continue educating people on Native Americans living with HIV, the volunteers at NNAAPC have turned their focus to online education during the pandemic.

“What we’re doing at this stage is education with other organizations,” Theringer said. “I don’t know where any agency can go to receive guidance or expertise. There isn’t really anyone in the whole country where they can go into that, so we are overwhelmed with requests for technical assistance, sometimes it’s called capacity building, it’s really education.”

NNAAPC also educates people on the intersections of HIV of homeslessness, food security and harm reduction. As we honor Native American Heritage Month this November, Theringer says he has already given presentations to two large groups in Alabama and the Washington, D.C. area. He hopes HIV advocates and organizations will continue to think about and include Native people long past November.

“I’ve been busier this month than I have for the whole year,” Theringer said. “Native American Month should be every month. How’s that for a quote?”