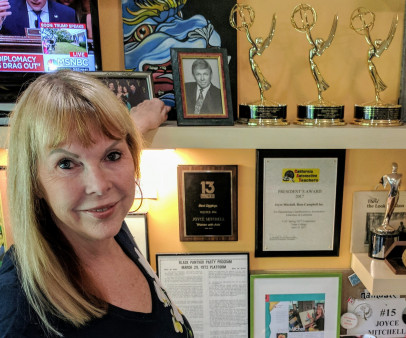 To this day, Tom’s photograph sits front and center next to my computer

He Loved Me Unconditionally and Made Me Strong

As the U.S. Conference on AIDS theme is “Ending the Epidemics in Their Memory,” I recall Tom DesRosier, who stole my heart.

During the early years of the unfolding AIDS pandemic, TV was a vital tool educating people about the unfolding crisis. Seeing dying faces of people hit hard.

Back in 1986, I was a TV news producer assigned to reporting stories about AIDS. Soon, I was invited to join the board of an AIDS nonprofit. The more people I met living with HIV and dying from complications related to AIDS, the more committed I became.

One man, in particular, stole my heart. His name was Tom DesRosier. To this day, his photograph sits front and center next to my computer. I met Tom on the Board of Directors of the Sacramento AIDS Foundation. 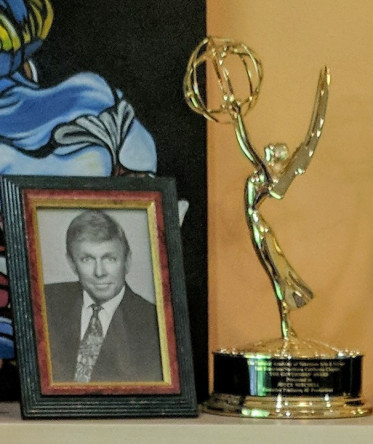 I believe few people can say what I’m about to write. Tom loved me unconditionally. To this day, he’s one of the very few I can say that about. Getting to know one another, we spoke every morning at 7:30 AM. We talked about our dreams, our growing fondness for one another, and making a difference in the AIDS world.

Tom’s partner recently had died of complications related to AIDS. I empathized with his heartache and paid tribute with Tom when his partner’s quilt panel was unveiled via the Names Project’s AIDS Memorial Quilt when it visited Sacramento.

Tom was HIV positive and began losing weight. Then his T-cell count went down to five. He could not tolerate AZT or DDI, the only two drugs available back in the day. Tom was sick.

We went to the ocean for a weekend getaway. Tom and I sat in candle light, listened to soft music while waves crashed onto the seashore. We talked about changing the world.

I was a straight ally, and he was a gay man. Throughout his journey, Tom shared the toll AIDS could take, and I documented it on TV. He wanted the public to see the devastation of AIDS. I produced heart-felt, memorable television.

We kept Tom at home. I prepared meals aimed to heal. Then, his doctor told me to start making his favorite foods. Tom started eating my famous carrot cake—his favorite.

The future was inevitable. Tom had AIDS and was dying.

I held his hand. Loved him. We, somehow, seemed to be climbing the same mountain together.

It was early morning. He looked so peaceful lying in his bed. The pain finally subsided. Tom died in 1995.

I spoke at his memorial service, of course. Tom made me strong in so many ways. And yet, writing this, I weep.

Because of Tom, I’m not afraid of being me. Of fighting for what’s right. That’s because Tom loved me for who I am. Unconditionally. I know that and—will never forget.