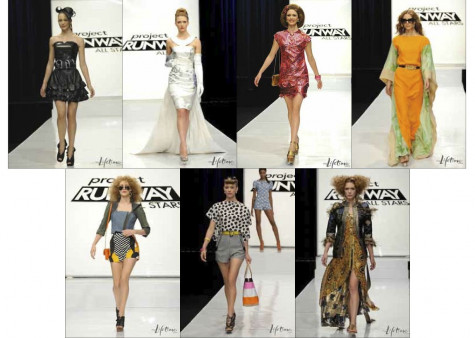 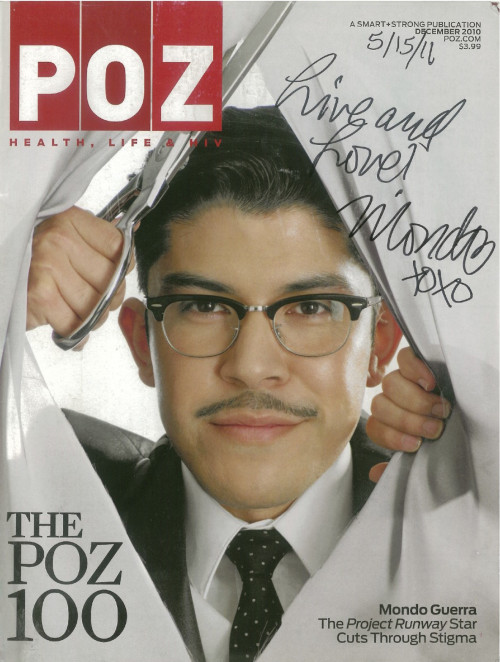 I first met Mondo Guerra last year on my birthday at AIDS Walk New York. He was speaking at the event, and I was covering it for POZ (I’d also signed up to walk). I knew he would be there, so I brought along a copy of the December 2010 issue featuring Mondo on the cover. I gingerly approached him after the Star Walkers breakfast and asked him to sign the magazine. I’d been a fan since he first appeared on season 8 of Project Runway and disclosed his HIV status during one of the challenges. Needless to say, I was excited to meet him. And I was pleased to discover he was as genuinely nice in person as he seemed on the show. There’s a certain sparkle about Mondo--you can’t help but smile when you see him.

After Project Runway, Mondo became an advocate for HIV/AIDS awareness. He partnered with Merck (and fellow PR alum Jack Mackenroth) in the education campaign “Living Positive By Design.” I admire him for using his talent and fame to educate others.

Of course I was thrilled when it was announced that he’d be appearing in this season’s Project Runway All Stars. And once again Mondo has captured my heart. I’ve watched each episode and even occasionally tweeted my joy/disappointment in the outcomes. I was ecstatic to see him win his first challenge in week 5 and crushed when he was placed in the bottom three in week 6. Luckily he was back on top last week as he won his second runway challenge (only he and one other designer have two wins under their fashionable belts). With only six contestants left--though the competition may be fierce--I have no doubt that Mondo will make it to the finale. But win or lose, he’ll always be an All Star to me.

A look back at this season’s fabulous designs (all images from Lifetime.com): 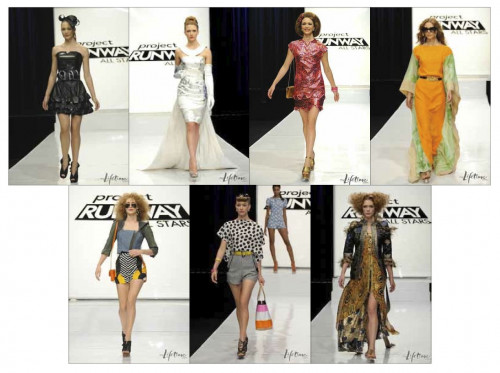 Click here to see pics of Mondo at a recent fund-raiser for Denver Colorado AIDS Project.

Watch this clip from our 2010 cover shoot: