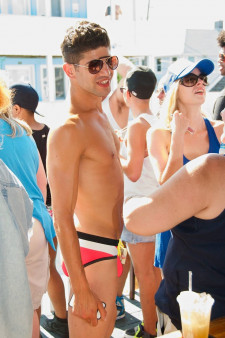 My First Time Having Sober Sex

My building blocks of sexual integrity started with a condom. My first time having sober sex was responsible and I felt safe.

I’ve been holding off on writing my next installment, sure that I want to keep it light. I also didn’t want to withhold any of my feelings in early sobriety. Everyone has an opinion about what I should, or shouldn’t be writing about. There were so many insecurities revolving around sex and intimacy. I didn’t know who I was anymore. I want to tell you that I had HIV figured out and that everything was okay. But the reality is I still had so much to work through emotionally and spiritually.

I last left you at my first sober Pride. It was amazing, but even though I was remaining abstinent from drugs and alcohol, that didn’t mean there would not be a comedown. It was almost like I was driving a car with a backseat full of trash, and MY LIFE came to a crashing halt, all of the garbage flew into the front seat where I was forced to sift through it. I certainly didn’t want to sit in it.

The day after Pride in late June 2014, I headed to work the next afternoon, running behind for whatever excuse. I had been late so many times before with hangovers and excuses—the trains can only get screwed up so many times before my boss would tell me to leave my apartment earlier. I walked into work as the shift had already started. I was completely coherent, but still he sat me in the office and told me he liked me as an employee and as a person, but I had been given multiple warnings and he had to let me go.

Well, there it was: I had to suck it up and thank him for the opportunity and then grab my stuff from my designated locker and head home unsure of the next move. I needed to work, I wanted to stay busy, I felt like I wanted to drink because that was my solution in the past, but I knew it wouldn’t get me anywhere. I decided to suck up my pride and on my way to a house party at a friend’s place in Harlem, uptown Manhattan, I texted my old boss on Fire Island to see if she may have anything available for the summer.

The party was a blast. It was just a bunch of friends that I was spending time with and watching Madonna videos and eating good food. I got a message back that she would call me in a few minutes. We needed more snacks for the party, so I decided to take the call outside and she offered me a position starting on the Fourth of July.

I was happy and grateful I had a job again. This would be great. I was excited to get away from the city for the summer. I thought it’d be the perfect to getaway and be at the beach. It’d be peaceful and like taking a deep breath. I was hopeful.

My birthday is July 3rd, so I decided I’d celebrate at lunch with friends before heading out to Fire Island. I had a burger and lots of fries with some apple pie for dessert. It was the perfect send-off meal. I took the Long Island Rail Road to Sayville in Long Island where there are shuttle buses to transport you to the Sayville Ferry Service to board a boat with the gays to the island.

I was greeted at the dock on the other side by one rainbow flag and one American flag, the wind sweeping through my hair and blowing away my worries and troubles. I was going to make the best of this new journey. I settled myself on the house boat I’d be staying on for the summer with Robyn, an amazing friend that also owned a house about a minute walk from the dock. After a nap, I went to the house to get ready which included douching (just in case) and showering, styling my hair, and putting on a fierce outfit. 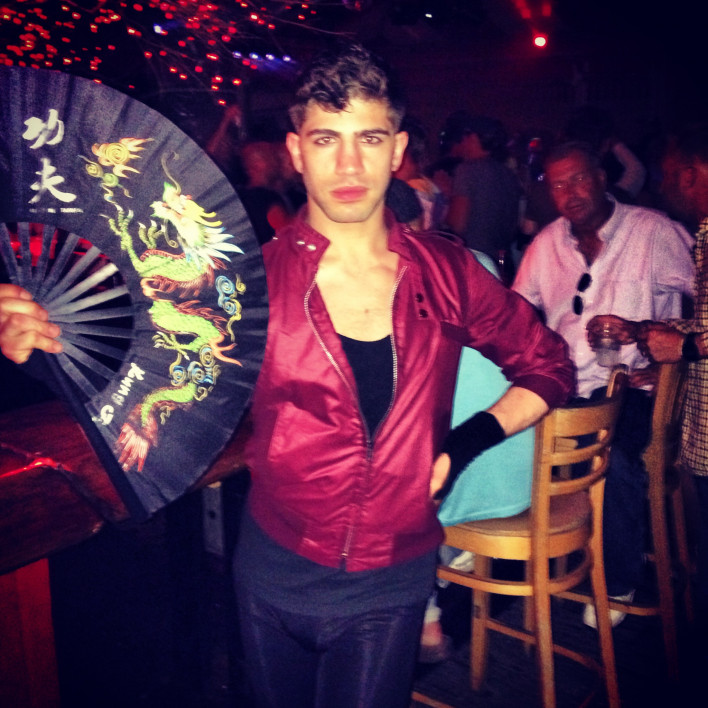 My first few days on the island were wonderful. I was making money, flirting with boys, and having no desire to escape from myself or my surroundings. There was this one guy that I met, and we were super into each other. We were at the pool at the Ice Palace, a local hotel and nightclub and a wonderful pool to spend your afternoons. We were getting great vibes from each other and spent the next couple of days hanging out, kissing, and it was nice.

The desire to have sex with him arose, and I felt it was time. We took a stroll back to his place together after one of the drag shows, and we entered his room. The nerves were rising, and we had to talk about it. This was the first time I had sex since giving up meth months before. We had to talk about our HIV statuses. I told him, and he was totally okay with it, but he wanted to wear a condom.

I’m not sure if you know this or not, but meth and condoms don’t really mix so this was also a little awkward for me. He even offered me poppers to assist, but being sober, I couldn’t use those either. Let’s just say that my first time sober with a well-endowed man really taught me the value of how to breathe, but it also taught me responsibility and consent. The experience was a life lesson on the building blocks of sexual integrity... and for many more stories I’m yet to tell you.