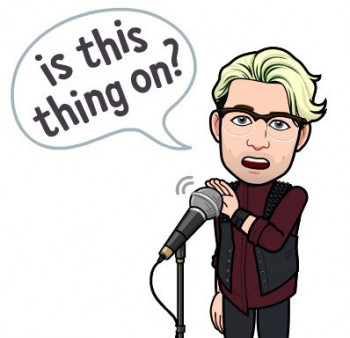 We Never Mattered Much, Did We?

The one thing COVID-19 has taught anyone with HIV is painfully clear: we never really mattered much, now did we?

It’s an embarrassing age to be, considering the times. If you’d asked me what the year 2020 held, as a pre-HIV diagnosed kid at 10, I’d have excitedly told you about a life of capsulized meals and jet-packing ventures, blasting around from one levitating pod-city to the next. But if you’d asked me the following year, after I tested positive for HIV, I’d have changed the subject. After HIV, 2020 wasn’t a year that I thought I’d still be around to enjoy. The idea of the future I enjoy today  would have blown my mind: a lovely townhouse, with a loving partner and HIV medications that not only keep the virus in check, but also allow me to have sex without condoms?

That would have seemed as far-fetched as the awesome jetpacks.

I know how fortunate I am. I have a roof over my head. Food on the table. Love in my life. People to lean on if any of the worst-case scenarios happen. But I can’t help but see some of the public’s rejection of masks and not think about condoms. The grandstanding over masks as protection from COVID-19 is the same sort of misguided pride that people have experienced in private, when condoms are suggested and soundly rejected. Or worse, the attitude of disregard for other peoples’ health is magnified by those who engage in “stealthing”, the non-consensual act of removing a condom during sex.

The short of it is: there will always be and has always been a percentage of people who could give two shits about other peoples’ health. In a lot of cases, that attitude is mirrored in how they view their own health. Going out in public, indoors in crowded spaces without wearing a mask is lack-of-virtue signalling. It’s a way of saying, “You don’t matter.” That’s a general message that is no stranger to anyone with HIV. And while I’ve been off the market for some time, dating and having HIV even in this advanced age of U=U can be just as cruel as it was thirty-five years ago.

Maybe even more cruel. Because facts exist about how safe it is to be with someone with HIV, and how life expectancy can be pretty close to normal, and the reaction of some is still, “Meh.” It’s because, at the end of the day, they don’t want to be identified as someone who is “with someone with HIV”.

I have to say, watching schools open and the attitude about sending young people into harm’s way made a terrible thought go through my head. Which is: can’t we go back to the days when kids were kicked out of school for having a virus that posed no threat to other students? You know, simpler times. But all morbid jokes aside, I know I’m Alone Together with many of you in my depressed state of being. It’s not just at the gross examination of life in America in 2020 and our collective diagnosis of a pre-existing condition known as racism, but it’s also the dread of what is going to happen in November regardless of how the election goes. And the knowledge that family members are going to vote for Trump, after everything he’s done and said.

Well, at the very least it’s not stealthing in the voting booth. And say whatever you want about Trump, but he wears his dark heart on his sleeve. He’s revealed himself beyond any shadow of a doubt. And one thing this year has done is reveal a lot of hard truths about who we are as people. Will the pandemic teach us any lessons that might come in handy? Well, if HIV is any indication (what the hell ever happened to sex education in schools?) then the answer is “No”.

To a lot of people, something only matters when it happens to them.

Stay safe out there. Keep your hearts open, despite the drudgery that was the reading of my words. I just needed to get them out in order to find a way back to the glimmer of hope that is the optimism that helped me get to the year that is 2020.