Twitter
Facebook
Pinterest
Tumblr
Email
Advertisement
For the first time in Labtest Contest history someone has hit the CD4 count right on the nose.  And their guess was way above what I thought the number would be on this go around: 620! (31% for you t-cell count nerds out there- which is also very good.)

Before I introduce the new champion, let’s have a round of applause for the outgoing champion, Sahara Frog.  You were a great champion, sir.  And I’m sure you started a new tradition when you so kindly sent an iced mocha my way after you won. Nudge nudge, new champion...

So who did it?

None other than Scott Anderson! 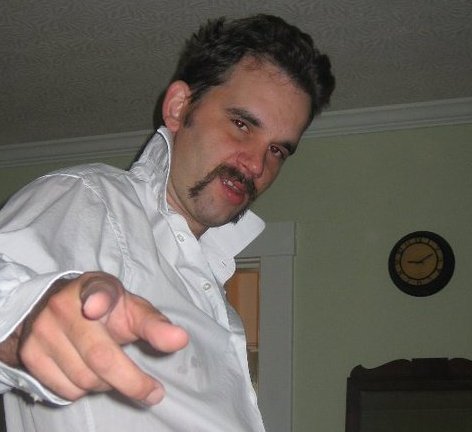 Scott and I have history.  We were in our first band together, The Demonic Doves.  I played keyboards, Scott was the lead singer.  We were freshmen in high school, the world was ours to dominate.  But we ran into a glitch when our drummer, Mark, got irritated that Scott would hit his cymbals with the microphone and never sang.  I thought it was funny, but then again they weren’t my cymbals.  So, with heavy heart, the Doves had to let Scott go after two band practices... (Or was it one, Scott?)

Either way, a big congratulations are in order for Scott, who guessed way above what I thought the t-cells would be this go around.  The Demonic Doves may have stopped believing in Scott, but this result shows that Scott never stopped believing in my t-cells.  No other champion has emerged with such a splash.  I look forward to a long reign from Scott.

Honorable Mention:
Current Synthetic Division bandmate and longtime friend Josh missed the count by a mere 5 t-cells... he obviously was taking notes during our shows and music video shoot this summer.  Better luck next time, Josh!


So, I offered two prize options for this time’s Labtest Contest winner, which were a choice of a Synthetic Division t-shirt or a Screw Smarter t-shirt.  For Scott, I’m offering a third option should he so desire it: a belated apology letter from the Demonic Doves.