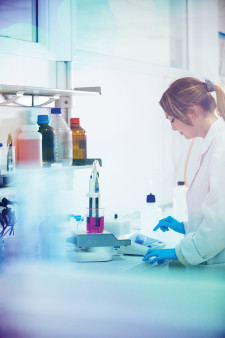 Various health departments in hard hit Spain are speeding out distribution of the anti-malarial-antiretroviral combo chloroquine and Prezista (which consists of darunavir and ritonavir) in an attempt to put a brake on new coronavirus infections. Not intended to cure (or even treat, really) the infection, but to reduce transmission from asymptomatic carriers, it’s a sort of mitigation effort at its most creative. Even a 10% reduction in infectiousness, researchers say, could break the cycle of contagion.

The idea was reportedly first proposed two weeks ago by IrsiCaixa’s Bonaventura Clotet (well known to those of us in the HIV treatment and cure research arena, across the Besòs river in Barcelona’s less glamorous sibling, Badalona) and Oriol Mitja at the Departament de Salut, an ID doc who first rose to fame treating yaws in Papua New Guinea.

Approval to move forward was fast tracked for obvious reasons and is said to begin today.  The plan is for a team of nurses and doctors from the Institut Català de la Salut to take the treatments (and their twin placebo controls) to 199 trial participants’ homes, people who have tested positive for Covid-19 and self-quarantined. The protocol, as we understand it, calls for taking the darunavir-ritonavir for seven days and the chloroquine for four.

“Our hypothesis is that the viral load can be reduced in this way and, if we succeed, we could break the chain of transmission of the infection,” explained Oriol Mitjà, as initially reported in Catalonia’s Vanguardia newspaper. As long as there is no vaccine, this could be an option like the one used for malaria in travelers or in post-exposure prophylaxis (PEP) treatments for people exposed to HIV. If proven effective, the intervention would be especially helpful for quarantined but asymptomatically infected health professionals.

Partly because the researchers have roots in tropical medicine and HIV, the two drug combo was proposed because it promises to offer that one two punch. This was the key to the success of antiviral treatments in HIV, even though in the case of HIV drug cocktails, all the constituent components are antiviral medicines. The malaria drug, hydroxychloroquine, inhibits entry of the virus into the cell and also acts against its growth within the cell. The antiviral, darunavir, which is used with small doses of one of the very first protease inhibitor drugs ritonavir, as a pharmacokinetic booster and marketed as Prezista, has an inhibitory effect on an the protease enzyme that the virus needs to replicate.

The estimate of success: that the transmission is reduced between 15% and 5%. For the record, Johnson & Johnson issued a statement Monday saying that darunavir has shown no effect against this virus and that "structural analyses show very few interactions of DRV with the active site of the SARS-CoV-2 protease." There are currently more than 250 coronavirus trials registered with the World Health Organization.