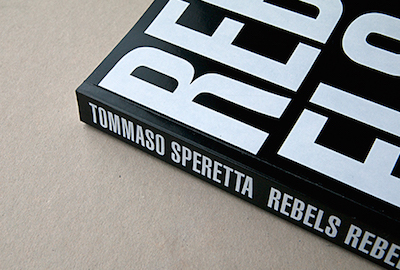 Lambda Literary has published an interview with Tommaso Speretta, in conversation with Theodore Kerr, about Speretta’s book REBELS REBEL: AIDS, Art, and Activism in New York 1979-1989, in which they discuss the power of art and activism, representations in regards to HIV/AIDS, Kerr’s frustrations with the book, and Speretta’s belief in the power of activist artists. Below is the introduction to the conversation, and an except from the interview.

There is a way in which early responses to HIV/AIDS through activism and art are more intelligible now than they were even a few years ago. In part, this is due to the recent surge in cultural productions about the early days of the AIDS crisis in the U.S. and the bravery and generosity of those who were there telling their stories. Movies like United in Anger (dir. Jim Hubbard, 2012) and How to Survive a Plague (dir. David France, 2012), exhibitions like “ACT UP NEW YORK: Activism, Art, and the AIDS Crisis, 1987-1993” (cur. Helen Molesworth and Claire Frace, 2009); and the ongoing work of organizations like Visual AIDS mean that history is still being made, as well as curated, interpreted, understood and shaped.

The power of much of what may be called the AIDS crisis revisitation in culture comes from the urgency that those involved show in ensuring that this history is told in spite of the silence around AIDS in schools, in the media and from the government, as well as after a period of long silence about AIDS. The projects make use of and draw attention to available resources such as the ACT UP Oral History Project and the Downtown Collection at the Fales Library at NYU.

With all of this in mind, we can understand that cultural production that comes out about the early response to AIDS bears the burden of being interesting to younger generations and those who were not there, and also to get the history as complete and accurate as possible. There are real consequences when cultural production about social movements is wrong, skewed, too biased, etc. Hugh Ryan wrote about this in his op-ed for The New York Times, “How to Whitewash a Plague,” about the New York Historical Society’s 2013 exhibition AIDS in “New York: The First Five Years,” which largely left out the activist response to HIV. Cultural production around the history of HIV/AIDS matters as the crisis continues. As we consume the past, we need to be conscious of what we are taking in. In the case that the history is inaccurate or contestable, what do we do?

Joining this ever growing complex trans-discipline dissemination of memories and material is the book REBELS REBEL: AIDS, Art, and Activism in New York 1979-1989 by Tommaso Speretta (mer. Paper Kunsthalle, 2014). Designed by the well-regarded Venice-based graphic design duo Tankboys and edited by Rujana Rebernjak and Jonah Goodman, the book is a handsome short read that looks at the work of artist collectives Group Material and Gran Fury, and the activist group ACT UP in the context of public art, AIDS and social change.

In this interview, Theodore Kerr and Speretta discuss the power of art and activism, representations in regards to HIV/AIDS, Kerr’s frustrations with the book, and Speretta’s belief in the power of activist artists.

Theodore Kerr: What drew you to write REBELS REBEL?

Tommaso Speretta: It’s a project I’ve had in mind since college. It was a period when the concept of public art was on everyone’s mind, as it was a debated topic among art critics and researchers, in general. I was on one hand fascinated by the idea of art happening in public, but on the other hand skeptical that this kind of art was considered public because of physical location. I asked myself, “Is installing a sculpture in a public space sufficient enough to be defined as public?” I was looking for a different kind of public art-one that could provoke some form of engagement with citizens and individuals outside the usual art circles, and that really addressed the need for involving a wider audience. I wanted to demonstrate that art could be socially relevant. I found that in the anti-AIDS art activism of the 1980s in New York. It was the perfect example of what I was looking for.

Who did you write it for? Who do you see as the audience?

The history of the anti-AIDS activist movements in 1980s America is still largely unknown, especially to the European audience. Later, I realized that the work I was doing was relevant for the American audience, too. I had been wrong in my conviction that AIDS activism history was part of the common knowledge in the U.S. The younger generations still do not know the stories I am talking about in my book. I would say that it’s for them--for the people of my generation--that I wrote REBELS REBEL. This said, my aim was not to give definitive answers to how art as activism should be conceived today, or to which directions it should take in the future, or to criticize the logic of the contemporary art world and market. Rather, it was to open up critical reflections on the role that artists and the art world system have had in the past during periods of political and cultural instability and to investigate their historical echoes and cultural legacy. I use the experiences of ACT UP, Gran Fury and Group Material not to trace a comprehensive history of activist art, but rather as examples that might help us to identify, examine and reappraise the artistic inventions and interventions of activist art collectives that helped reformulate society’s priorities and demands.

Read the rest of the interview at Lambda Literary.