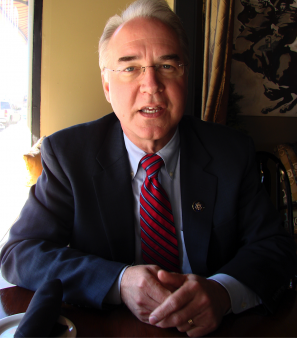 Tom Price’s first week on the job as Secretary of Health and Human Services (HHS) presented the congressman turned lead health care official with a few unexpected challenges. At the start of the 115th Congress and Donald Trump’s inauguration, the rhetoric called for a swift, simultaneous repeal and replacement of the Affordable Care Act (ACA, or Obamacare). During his first press conference as President-elect in November, Trump declared that the roll out of a repeal and replace plan would take place “almost simultaneously” with Price’s confirmation as HHS Secretary. For its part, the Republican-led Congress came charging out of the gate, beginning the budget reconciliation process to repeal the ACA as quickly as possible, setting an ambitious January 27th deadline for congressional committees to report back with their legislation.

Well, January 27th came and went, and the congressional Republicans seemed even farther away from settling on a repeal and replace plan than they had a month earlier. Meanwhile, the Price confirmation made contentious by his fierce opposition to the ACA, also found himself embroiled in a scandal surrounding his ethically questionable purchase of large quantities of biotechnology stock at a discounted price while crafting legislation that would impact the price of said stock. Eventually, the objections of Senate Democrats to Rep. Price’s troublesome behavior was overcome and he was confirmed as the twenty-third HHS Secretary with a 52-47 vote last week.

Shortly after being sworn in, Price paid a visit to Senate Republicans to ease some of their fears and renew the task of unifying the party behind a single ACA replacement plan. Those who were at the meeting reported that Price and the Republican Senators in attendance talked in generalities and were vague in their characterization of plans moving forward. It seems Republican leadership is still unsure whether the repeal and replace process should be led from the White House or from Capitol Hill, with neither branch looking particularly eager to get out in front.

Amidst the uncertainty, one concrete action that Price did muster was a newly proposed health rule from the Trump administration. Ostensibly designed to provide stability to the now reeling ACA health care exchanges by shortening the general enrollment period and tightening the regulations surrounding when individuals are available for special enrollment. The new rule is a rather hefty olive branch from the Trump administration to the insurance industry making it more difficult for individuals to sign up for coverage.

Also included in the new health rule is a provision that would allow individual-market insurers to offer plans that had lower premiums, but provided less care and had higher deductibles and out-of-pocket costs than they would have been allowed to do previously. On its own this is a negative development for consumers—one of the greatest strengths of the ACA was its emphasis on demanding a very high basic standard of care for all marketplace plans—but this rule change would also result in reduced premium tax credits for individuals as well.

Right now, at a time when neither the White House nor Congress seems all too keen on taking the reins around the ACA repeal and replacement process, low profile rules like the one that the Trump administration released this week might be one of the primary vehicles for health care reform in the short-to-medium term. Contrary to one of President Trump’s latest early morning tweets, it looks like it might be a while before a definitive plan to repeal and replace the ACA is put in place.

What is certain, any plan that is passed must preserve vital access to care for people living with HIV. We must maintain strong protections related to preexisting conditions….