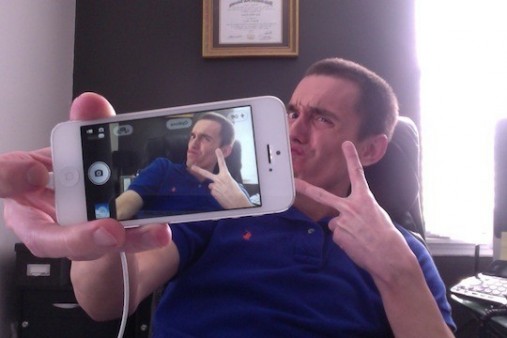 What IF I was HIV-negative, again? (satire)

Twitter
Facebook
Pinterest
Tumblr
Email
Advertisement
“It’s a Positive Viral Load”
Those words have been engrained in my memory since they were spoken by an amazing, caring and empathetic medical professional in Nashville, that you can see for yourself here: http://www.imstilljosh.com/my-youtube-video-that-started-it-all/

POSITIVE... positive... poz..
In the one year and seven months that I have been living with HIV (a phrase also engrained into my vocabulary as an HIV blogger, instead of HIV-infected), I don’t really remember a moment or a time that it’s really hit me - that I am actually HIV-positive.
Some have asked me when “it” really hit me, but it hasn’t - or maybe it has and I just don’t know it. But rather, something deeper consumes me more, the question “What if I was HIV-negative, again?” So, finally, I’ve allowed myself to begin to answer the question my soul seems to keep asking my heart and mind.

What if i was HIV-neg again?

Would I CHAT with someone positive on a hookup website?
Ashamedly, I admit that for years when I was HIV-negative, I was so scared of HIV and so uneducated about what “living with HIV” actually meant that I found it quite easy to ask the person on the other side of the screen on my computer or phone app if they were “DDF” (drug & disease free). I mean, honestly, I’ve seen the now famous faces of HIV now and then, but I knew it wasn’t ever going to me living with it. So who cares! And then, I would boast that I am “HIV negative here, WBU?” (what about you) to get the response I needed in order to make a cowardly decision to immediately block anyone that dared to disclose to me “positive, poz, HIV+” or anything other than “same.”
Would I have SEX with someone HIV-positive?
I believe in safer sex. I always have. However, the moment that I contracted HIV wasn’t the first time that I probably was exposed. What I’m trying to say as politically correct and less damaging as possible is the reality that I had both protected and unprotected sex prior to that night on December 18, 2011. I mean, I wasn’t a whore - at least in my own definition. I wasn’t one of “those barebackers” that in HIV testing counseling, we all have denied ever being with in disgusted and judgemental tones. There was no way in hell that I ever, and I mean ever, would ever have sex with a poz. No way. Besides, I always asked my casual sex partner--one that was either a new friend that evening, or a good buddy that I hung with at least 3-4 times before, basically a best friend, if they were still cool (aka HIV-negative).
Would I call someone living with HIV “dirty”?
I’ve always been proud of my attitude to diversity. I wasn’t ever a racist because I went to Tennessee State University for a year in a college. It’s an HBCU (Historically Black College & University). That proved that! I’ve never been one to understand why black men call each other the “N” word, because I used restraint in ever referring to homosexuals with the “F” word (except the few hundred times in my life). So, I am about equality. I have the HRC’s ’equal’ sticker. And I’ve never made an inappropriate joke about someone’s handicap (mentally or physically) except for the times that I believed the laugh from my comedic timing was important to my friends. So, why in the world would I have ever used a term as degrading as “dirty” when referring to someone living with a virus that is controllable. Who do you think I am (or was)? Get real, folks.
Would I think HIV should criminalized?
I am not one to change my mind or evolve on issues like abortion, civil liberties and equal rights, politics or issues like those poz people that make it their life’s mission to infect as many people as they can. It’s absurd to me to think that by exposing another person to HIV that agreed to have sex with them was anything less deserving than life in prison or at the least the maximum of 15 years that is the law in my home state of Tennessee. Those people (HIV-positive individuals) shouldn’t be put on an island together only, away from those of us that are negative, or anything--who do you think I am? I’m not Hitler. I have empathy. I’m forgiving -- I’ve grown up a Christian. HIV is a crime if someone doesn’t tell me before they force me to hookup with them... that was my motto.
Resource: