Islatravir is an investigational drug being studied to treat and prevent HIV. It has not yet been approved by the Food and Drug Administration or reviewed for inclusion in the DHHS list of recommended medications for HIV treatment or prevention.

Islatravir belongs to a group of HIV drugs called nucleoside reverse transcriptase translocation inhibitors. It may be effective against certain HIV strains that are resistant to other drugs.


Oral islatravir is also being studied as a once-monthly pre-exposure prophylaxis (PrEP) option. In implantable formulation of the drug may prevent HIV for as long as a year.

In clinical trials, the most commonly reported side effects among participants who took islatravir were headache, nausea, vomiting, diarrhea and joint pain. 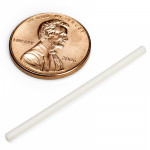 Islatravir PrEP Implant Could Prevent HIV for a Year