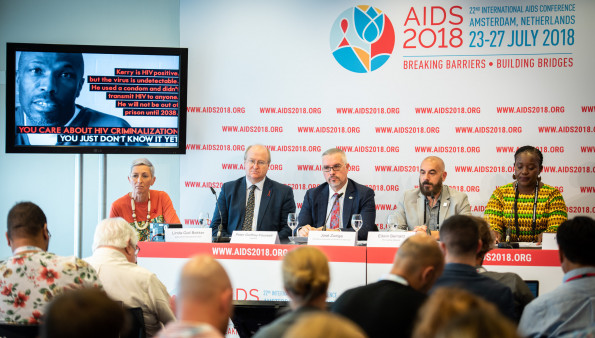 A press conference on HIV criminalization held at AIDS 2018. Click on the image to view the video. Courtesy of IAS/Workers’ Photos/Steve Forrest

Twenty leading HIV researchers have released a consensus statement that refutes the rationale behind laws that criminalize HIV transmission. In declaring that science does not support HIV criminalization, their evidence-based statement supports the message behind the “Undetectable = Untransmittable” (“U=U”) campaign—that a person with an undetectable viral load cannot transmit HIV.

Driven by the fact that HIV crime laws are often a result of poorly understood science, the HIV experts crafted the consensus statement as a way to educate the justice system. The authors titled their work “Expert Consensus Statement on the Science of HIV in the Context of Criminal Law.” The companion editorial is titled “Addressing HIV Criminalization: Science Confronts Ignorance and Bias.”

“Simply put, HIV criminalization laws are ineffective, unwarranted and discriminatory,” said IAS president Linda-Gail Bekker, one of the statement coauthors, in the press release. “In many cases, these misconceived laws exacerbate the spread of HIV by driving people living with and at risk of infection into hiding and away from treatment services.” 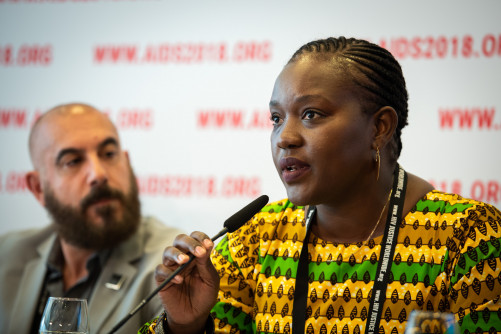 The expert consensus statement notes that at least 68 countries have laws that specifically criminalize HIV nondisclosure, exposure or transmission and that 33 countries apply other criminal law provisions in similar cases. These laws can get people with HIV arrested and convicted for nondisclosure even when no transmission has occurred, when the risk of transmission was extremely low and when no harm was intended.

According to the release, the statement has been endorsed by such organizations as the International AIDS Society and the Joint United Nations Programme on HIV/AIDS (UNAIDS). Its coauthors include the Pasteur Institute’s Nobel Laureate Françoise Barré-Sinoussi, Salim Abdool Karim of Columbia University and Chris Beyrer of Johns Hopkins University.

Also available in Spanish, Russian and French, the statement “encourages governments and legal and judicial systems to pay close attention to the significant advances in HIV science that have occurred. The statement serves as the gold standard of current scientific knowledge on HIV to inform any application of the criminal law in cases related to HIV.”

POZ founder and Sero List executive director Sean Strub wrote about the consensus statement in his latest POZ blog, which you can read here.