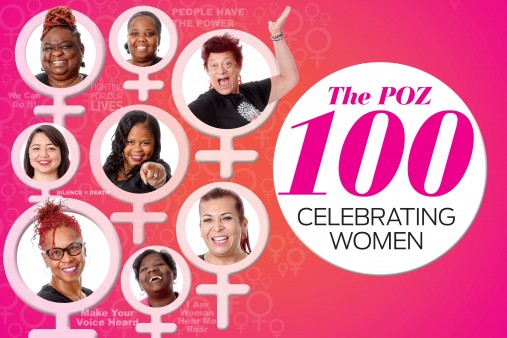 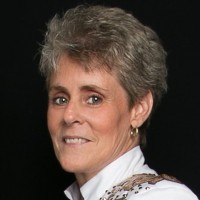 In 2009, Mary became executive director of Other Options, which was founded almost 30 years ago by her late mother, Cookie, to provide food, clothing and other services to those affected by HIV. Under her leadership, the organization hosts a food pantry, a home delivery program and a humanitarian medication program. Last year, the organization delivered 750 meals on Thanksgiving Day and gave out more than 1,300 Christmas gifts to more than 650 clients. Mary has been instrumental in the nonprofit’s success since its early days, serving on its board of directors and holding various roles, including fundraising coordinator, educator and test counselor. She continues to raise awareness of and educate people about HIV. 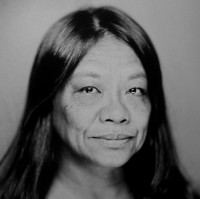 Ivy jumped right into HIV advocacy as a member of ACT UP, following her diagnosis in 1990 (she became positive in 1989). She’s been fighting the good fight ever since through her work with APICHA (formerly the Asian Pacific Islander Coalition on HIV/AIDS), the People With AIDS: Women’s Treatment Group and the HIV Planning Council of New York. She’s also volunteered for God’s Love We Deliver, which provides meals to people living with HIV and other illnesses. Today, Ivy is a business owner and mother of two teenagers and can be found protesting on the streets of New York City and sometimes Washington, DC, as an active member of Rise and Resist, a direct action group founded after the 2016 presidential election. 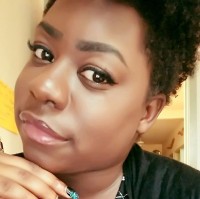 A long-term survivor and activist, Tranisha was born with HIV in 1990. She’s been a peer advocate at BABES-Network YWCA, a peer education and support program for women living with HIV, for the past four years but a member of its family even longer. Her mission is to advocate on behalf of women and youth to help drive change in institutional systems that do more harm than good. She hopes to one day create a comprehensive sexual health model for young people. In 2014, she served as a National Minority AIDS Council (NMAC) youth scholar. Tranisha is currently on Positive Women’s Network–USA’s (PWN-USA) board of directors. 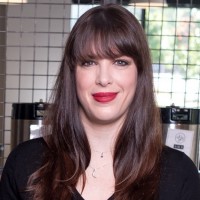 POZ readers may recognize Gwenn as one half of the magnetic duo Shawn (Decker) and Gwenn. The married couple, who met almost 18 years ago, are HIV educators, activists and bloggers. Shawn is living with HIV, but Gwenn’s work in HIV education began long before their relationship. In graduate school, she volunteered with an AIDS service organization (ASO) in Virginia. At the time, she was searching for an HIV-positive educator to speak at a local high school. That’s how she and Shawn were connected. Today, they travel to college campuses to share their story and advocate for HIV testing. She is also a part of the Centers for Disease Control and Prevention’s (CDC) multimedia campaign “Doing It,” which promotes testing as a regular health routine. 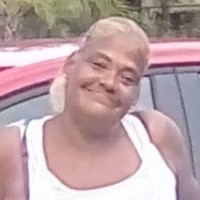 A long-term survivor, Asia has been speaking out for women’s issues with regard to the epidemic for over 20 years. For example, she has worked with the Staten Island AIDS Task Force to help ensure that pregnant women know their HIV status. Asia is a graduate of the HIV Law Project, a former spokesperson for the Alison Gertz Foundation, an alumna of Sister Love, the founder of a support group for the newly diagnosed and a lobbyist and activist with ACT UP and VOCAL-NY (Voice of Community Activists & Leaders). Her latest passion is harm reduction, including safe injection sites. She has been off drugs for more than 35 years and now helps drug users navigate the dangers of HIV and hepatitis C. 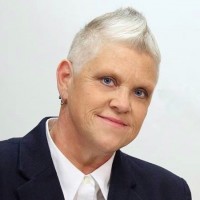 Lisa, a former military police officer, started out as a mail clerk at Nashville CARES almost 10 years ago. She’s now the organization’s associate director of prevention and education, a position she earned through countless hours of educating herself and others about the virus. She currently manages the HIV testing program, clinical testing programs, corrections navigation program and the Safety First program. Lisa coordinates large-scale testing events such as Nashville PRIDE, Nashville AIDS Walk and World AIDS Day and helps people access PEP (post-exposure prophylaxis) and PrEP (pre-exposure prophylaxis) whenever they need it. Lisa is also involved in Nashville CARES’s critical response team and was the organization’s top staff fundraiser for the past two years. 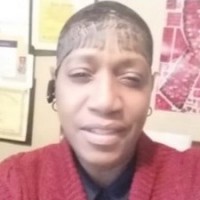 Inspired to pay it forward after a Ryan White–funded case manager saved her life, Dale became involved with the Greater Baltimore HIV Health Services Planning Council. Throughout the years, she’s held many leadership positions at the council, which she now chairs. She is a certified nursing assistant, as well as a geriatric nursing assistant, working to improve the lives of people living with HIV. Dale is committed to providing the necessary funds to services that HIV-positive individuals need the most and is driven to get the job done by her own experience as a consumer. 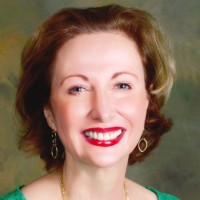 Cynthia has been working in the field of HIV/AIDS since her medical residency in 1990 and has been the president and medical director of Central Texas Clinical Research since its inception in 1999. In that capacity, she has overseen more than a hundred HIV/AIDS-related clinical trials and research studies. But her good work doesn’t end with research. She also volunteers her time as the medical director for Texas Health Action, where she cofounded PrEP Access, now known as the KIND Clinic, which made headlines earlier this year when it became the first clinic in Texas specifically serving the transgender community. And as if that weren’t enough, Cynthia is also the Travis County Correctional Facility’s HIV physician and practices family medicine at the Red River Family Practice. 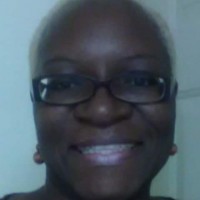 It wasn’t until Lisa was diagnosed with HIV in 2003 and started attending support groups that she realized just how many other Black women were affected by the virus and how many of them suffered from low self-esteem. So she got to work educating women about HIV and advocating for those living with the virus, first as a program assistant at SisterLove and then as a peer counselor at the Dekalb County Board of Health and as a volunteer at the HIV/AIDS Planning Council. Now, she heads Butterfly Girls, through which, as a motivational speaker and an HIV-positive woman with an HIV-negative husband and an HIV-negative daughter, Lisa spreads the message of self-love by sharing her story and encouraging folks to protect themselves against the virus if they’re negative and protect those they love if they’re HIV positive. 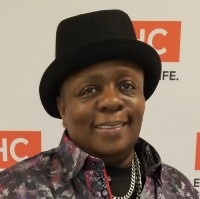 Lesbians often get overlooked in discussions about HIV, but as Vanessa illustrates—and is all too happy to talk about—many lesbians like her have a history of male sexual partners and drug use and are thus at risk. Today, she’s a peer educator at GMHC (the initials stand for Gay Men’s Health Crisis, but the nation’s first AIDS organization caters to women and heterosexuals too), where she focuses on outreach to women of color. But when it comes to awareness and education efforts, Vanessa’s on the job 24/7. Even at church! To reach religious communities, Vanessa (also a proud mom) got the brilliant idea to launch a GMHC campaign that printed AIDS info on handheld fans also showing photos of the Baptist church’s first ladies (the pastors’ wives). In more risqué venues, Vanessa’s been known to hand out safer-sex “pussy packs” to women. This out-of-the-box advocate knows no bounds! 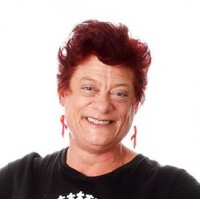 Barb is a fierce advocate and leader in the fight against HIV. Before her own diagnosis in 1993, she stood in solidarity with members of the HIV community. She continues to fight for equal access to care and treatment for all people living with HIV and was recently twice arrested in Washington, DC, for protesting the Affordable Care Act repeal (as a result, she’s banned from the U.S Capitol for six months unless invited in writing). Today, Barb is the chair of the board of directors of PWN-USA and founder of its Colorado regional chapter, which created the “If I Were HIV…I’d Still Be Me” educational campaign for National Women and Girls HIV/AIDS Awareness Day. In addition, she leads the HIV decriminalization task force Colorado Mod Squad and is the vice chair of the United States People Living with HIV (USPLHIV) Caucus. She may be banned from the Capitol now, but there’s no stopping Barb. 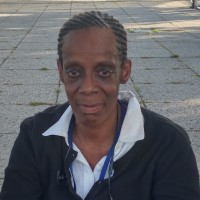 Years ago, Juanita served our country as a member of the United States Navy. Now as an outreach specialist at GMHC and a peer outreach worker for the Partnership for the Homeless, she serves people living with HIV and/or hepatitis C, people who are homeless, people who use injection drugs and people who have recently been released from prison. She’s a recovery coach and has been an outreach worker since 2004, when as part of the Housing Works outreach team, she organized and facilitated treatment support groups and helped develop a 12-week women’s leadership program. In 2017, Juanita was among the first graduating class of certified peer workers in HIV, HCV and harm reduction in New York state. Today, in addition to HIV/AIDS education and harm reduction work, she helps clients avoid eviction, an important step in ensuring healthy outcomes. 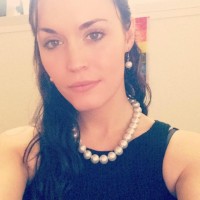 Ezerae started advocating for people living with HIV when she was 17 years old. As a trans woman, she wanted to get more involved with helping her local LGBTQI community, so she applied for a job with Butte AIDS Support Services (BASS). Coworkers say she has been an integral member of the community organization during her advocacy tenure, which has now lasted 11 years. The HIV-negative ally currently works at the Butte County Health Department as an HIV early intervention specialist and Ryan White case manager. She has also been the secretary of BASS for the past two years and is in the midst of opening up a new community center specifically for LGBTQI people and their allies. 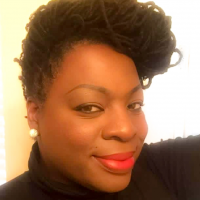 Her Facebook page intro says it all: “I promote HIV testing & care, Transgender issues and God. Still wanna b my friend?” Tori is the creative force behind Hour of Power, a twice-monthly meeting to empower and educate transgender women about, well, everything (the intersectionality of gender, culture, race, poverty, HIV and health care is a favorite topic of hers). Tori also works to ensure that trans people are included in HIV research, care and studies—notably at the Positive Impact Health Centers where she’s a public health educator. She was the first trans woman in the South to be certified by the CDC to teach the WILLOW intervention—a social skills training session for women—which she adapted for trans women living with HIV. Tori was recently recognized at SisterLove’s 2020 Leading Women’s Society Awards. And just the kind of friend we want! 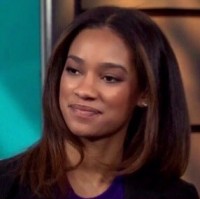 Some folks know Simone as a Division I track athlete, and some know her as a student at Howard University, but to lots of middle schoolers in DC, she is simply “Simoncé,” the cool volunteer who teaches them about sexual literacy and HIV through The Grassroot Project, a community-based organization that trains university athletes to be teachers and mentors to low-income teens in our nation’s capital. Recognizing that young girls in her classes had specific needs, Simone cocreated Grassroot Girls, a modified curriculum geared to young women of color, a population particularly vulnerable to HIV. Grassroot Girls has already garnered the support of Nike and expanded into four classrooms this school year. Simone is passionate about public health, and we know she’ll go far—and fast!