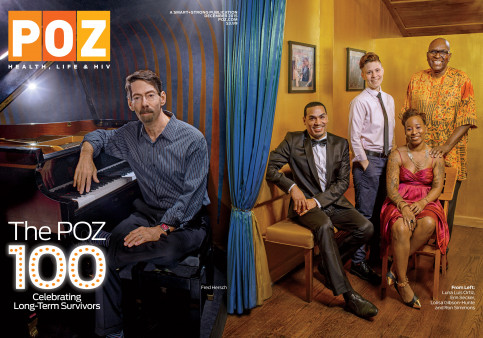 For the sixth annual POZ 100, we turn the spotlight on people who have been making a difference in the fight against HIV/AIDS and who have been living with the virus since 1995 or earlier. Why 1995? Because effective treatment came out the following year, and that changed everything. To have been HIV positive before 1996 means you experienced a different time in the epidemic and you now face the unique challenges of aging with the virus.

Many of this year’s nominees contracted the virus even before 1985, when the first HIV tests became available. That, too, is part of their stories. But not everyone on this year’s list was an adult when they learned of their status. Several honorees were born with HIV, and others became HIV positive in their teen years (we even have a mother and her daughter on the list).

On the following pages, you’ll find LGBTQ honorees and straight honorees representing a variety of cultural and socioeconomic backgrounds. Which makes sense, because HIV does not recognize such boundaries. What you won’t find, however, are people living outside the United States and Puerto Rico. This year, because the response to our call for nominees was so enthusiastic, we decided to limit the final 100 to U.S. residents.

Surviving long-term with HIV is itself worthy of honor. And everyone on this year’s list goes that extra mile to combat the epidemic. You’ll meet activists and educators, researchers and religious leaders, artists, writers and many more. You’ll be awed and inspired as you meet the 2015 POZ 100… 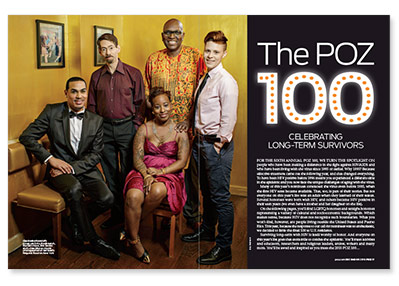