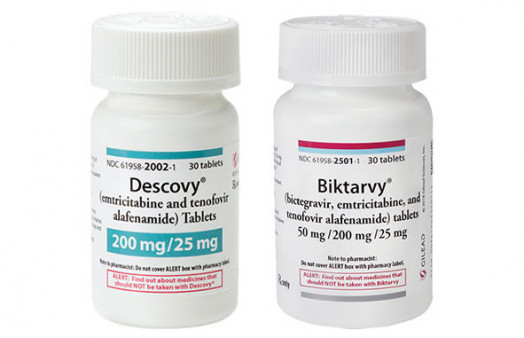 In January, Gilead Sciences claimed that over $250 million in counterfeit meds were sold and that it had sued the illegal distributors.

UPDATE: The below article was originally published January 21, 2022. On March 30, The Wall Street Journal reported that the Department of Justice is also investigating the alleged drug-trafficking network that sold fake versions of meds not only by Gilead Sciences but also by Johnson & Johnson and ViiV Healthcare.

Counterfeit versions of HIV meds—mostly of Biktarvy and Descovy—worth over $250 million were sold in the United States during the past two years, alleges Gilead Sciences, which manufactures the drugs and has sued the illegal distributors.

Biktarvy and Descovy are used as HIV treatment; Descovy may also be prescribed as pre-exposure prophylaxis (PrEP) to prevent HIV.

The fake and tampered versions were sold at pharmacies, endangering patients. However, according to Gilead Sciences, the illegal network of distributors has been shut down as a result of its investigations and litigation.

“Based on our actions, we believe that we have successfully stopped these defendants from distributing additional counterfeit versions of Gilead medication to patients,” Lori Mayall, Gilead’s head of anti-counterfeiting and brand protection, said in a company press release. “Gilead will continue to pursue necessary measures, including working closely with the FDA [Food and Drug Administration] and law enforcement, to protect public health and safety by thwarting the illegal distribution of medication that is fraudulently misrepresented as a Gilead product.”

Gilead sued the drug distributors last July before warning the public about the counterfeit meds in August. This week a federal judge in Brooklyn unsealed the civil suit, reports Fierce Pharma.

As part of its investigation, Gilead found counterfeit meds at 17 offices and warehouses in nine states. The lawsuit names 22 defendants, including wholesale distributor Safe Chain Solutions of Maryland, which denied the allegations in a Wall Street Journal article.

As part of the counterfeit distribution scheme, HIV meds were bought from people living with HIV who were experiencing homelessness or drug addiction and thus were willing to exchange their lifesaving meds for quick cash. The meds were then repackaged and sold.

In other instances, Gilead reports, the counterfeiters filled legitimate bottles with other kinds of pills—including antipsychotic drugs and over-the-counter painkillers—and resealed them.

The mislabeled tablets could be dangerous, bringing “serious and sometimes life-threatening health risks,” according to the pharma giant.

Biktarvy is a once-a-day single-tablet HIV treatment regimen that consists of the meds bictegravir, emtricitabine and tenofovir alafenamide (the latter is an updated version of tenofovir disoproxil fumarate, which is found in Truvada as PrEP). Biktarvy was approved in May 2018. As Fierce Pharma reported in August, Biktarvy earned Gilead $3.82 billion in the first half of 2021—marking a 16% growth from the same period in 2020 and making it the best-selling HIV med on the market.

Descovy, meanwhile, includes the HIV meds emtricitabine and tenofovir alafenamide. The tablets are taken with other meds as part of an HIV treatment regimen. Descovy may also be taken alone as PrEP to prevent HIV. It is an updated version of Truvada (emtricitabine and tenofovir disoproxil fumarate). To learn more, see “What’s the Difference Between Truvada and Descovy for PrEP?” as well as the POZ Basics on HIV Prevention.

Sales of Descovy in the first half of 2021 were $794 million, a drop from last year, according to Fierce Pharma, which adds that the decrease is linked to fewer people taking PrEP or switching to Descovy from Truvada due to the COVID-19 pandemic. Descovy was approved for PrEP in October 2019 and for HIV treatment in 2015.

For more information on these meds, click #Descovy and #Biktarvy. You’ll find a collection of POZ articles including “PrEP Programs Face Devastating Loss of Funding for HIV Prevention,” “Confirmed: For Black Americans, Biktarvy Effectively Controls HIV” and “Biktarvy for Kids.”

How can you tell whether tablets and bottles of Descovy and Biktarvy are authentic? In its press statement last summer, Gilead offered the following tips: 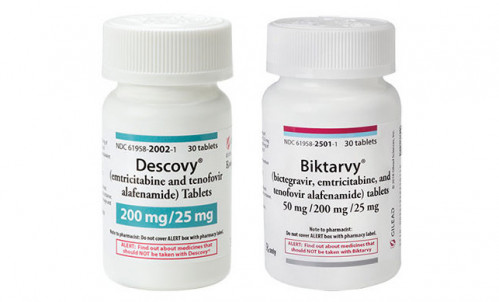 Authentic packaging for Descovy and BiktarvyGilead.com