The Transportation Security Administration (TSA) will review its medical guidelines for job applicants after the American Civil Liberties Union (ACLU) filed a complaint on behalf of a man denied employment because of his HIV-positive status, according to an ACLU statement. Michael Lamarre, an Air Force veteran, was refused a job as a transportation security officer because the TSA claimed his HIV status made him more susceptible to infections, despite assurances from his physician that he was capable of performing the job.

Among Older Men, HIV Is Linked to Higher Dementia Risk 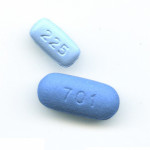