Phill Wilson is just saying no to drugs, but not the ones Nancy Reagan had inmind. Last summer, the former director of public policy for AIDS Project LosAngeles stopped his triple-combination therapy, despite an undetectable viralload. Wilson (profiled in POZ June/July 1994) has always regarded his work as anintegral part of dealing with his illness. Now stationed at the University ofSouthern California, where he’s building an archive on AIDS social policythroughout the epidemic, Wilson tells POZ what led to his dramatic change intreatment philosophy and regimen.

How have you been feeling?
I’ve been very good, relatively speaking. One and a half years ago I was in anintensive care unit for a week -- I had congestive heart failure and developed aninfection in the lining of my heart, and then I had pneumonia. Today I’m in avery different place. I’ve been able to normalize my illness so that I can livewith it.

You recently stopped all your HIV meds. What were you taking before thisdecision?
In the past few years, I’ve gone from monotherapy [with AZT] to two-drug therapy[with d4T and 3TC] to triple combo [with saquinavir (Invirase), 3TC and AZT].The whole time I was taking Bactrim as a PCP prophylaxis and acyclovir[Zovirax]. The double combo reduced my viral load to about 5,000, but since Iunfortunately didn’t get a baseline count when I started, I don’t know how highit was before. On the triple combo my viral load went to undetectable. In June1997 I stopped everything. My last viral load count, in September, was 3,000.

You had an undetectable viral load -- the combination seemed to be doing its job.Why did you stop?
I had always felt that it would be difficult to adhere to a regimen that I hadto take more than twice a day, but I originally agreed to go on the triple combobecause I was convinced the data warranted trying it, and I was caught up in theflow -- everybody was talking about it and doing it.

But the feeling of being trapped by this difficult regimen, as well as theconstant nausea and diarrhea, created severe depression. I found myselfaccidentally missing or forgetting dosages. I would either completely forget, orI would get up and make breakfast so I could take my meds with my meal and thennot remember if I had already taken them or not. Or I’d go out of town andforget them at home. I said, “What’s going on? I’m smart enough to maintainthis, I have a good enough support system.” Theoretically, I should be anadherence poster boy. But I’m not.

Why not?
In order to succeed with these drugs, I had to be emotionally ready to do thisfor the rest of my life, and I hadn’t done that work yet. My doctor and I agreedthat rather than risk missing doses, I would just stop. It wasn’t because Istopped believing in combo therapy or because the drugs weren’t working -- it wasactually the opposite. I believe that for some people, including me, these orfuture combos will work. I stopped because I wanted to make sure I maximize thepotential for taking this regimen. I intend to eventually go back on therapy.

What are you doing to get yourself emotionally ready for that?
In addition to seeing a counselor, doing yoga and having massage therapy, I’vebeen spending a lot of time talking with people. One of the ways I’ve alwaysdealt with my own illness is to turn my personal issue into a policy issue,because I’m a policy wonk of sorts. So I’ve been doing a lot of work onadherence.

What have you found?
I have this belief that once you have knowledge, you can break through barriersof all sorts. And certainly a lot of folks don’t understand the importance ofadherence. But I’ve realized there’s a larger population that does understand;however, knowledge alone is not sufficient to get them to adhere.

What else do you think is needed?
Doing your emotional homework. It’s essential to have some sort of understandingabout what you want out of life -- and your quality of life -- before you commit tothis. 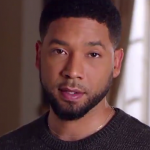 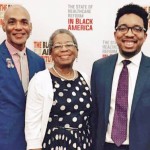 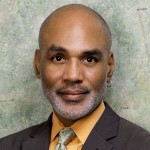