Attack of the Monster Combo

Laboratory analyses of blood and other medical measurements, which help health practitioners make diagnoses and detect toxic effects of medication, can also help people with HIV track their health. POZ founder Sean O. Strub has been the subject of this page to date, but now POZ will begin alternating Sean’s results with those of Stephen Gendin—“Sick and Tired” columnist (see p. 79), POZ vice president, Community Prescription Service president and longtime AIDS activist—and Marlene Diaz, mother of an HIV positive daughter, cofounder of the Just Kids Foundation and longtime AIDS activist. In this issue, Howard Grossman, MD, an HIV specialist in New York City, analyzes Gendin’s latest viral load and CD4 counts. (Not to worry: Sean is fine; look for his next results in the January 1999 issue.)

Stephen has always been the first out of the gate, making the most aggressive therapeutic choices available. From AZT monotherapy in 1989 to a quintuple combo of two nucleoside analogs (nukes) (d4T/Zerit and 3TC/Epivir), two protease inhibitors (saquinavir/Invirase and ritonavir/Norvir) and hydroxyurea (Hydrea, an anticancer drug and experimental antiretroviral) in 1996, he’s been through almost every approved possibility except the nonnucleoside reverse transcriptase inhibitors (NNRTIs or non-nukes) (see “Living on the Edge,” POZ, November 1997).

However, in April 1998—with a high viral load, low blood counts, feeling lousy and losing weight—Stephen went off all antiretrovirals, although remaining on 11 other drugs ranging from prophylactics against infections to immune-boosters to antianxiety meds. Three months after discontinuing his last highly active antiretroviral therapy (HAART) combo—d4T, ddI (Videx) and nelfinavir (Viracept)—Stephen’s viral load remains high and his CD4s very low. His viral load (often listed on lab reports as hiv-1 rna pcr) is now at 349,903—an insignificant change from the 416,727 in March and 141,582 in April, while he was still on the drugs. Despite all his therapy changes, his CD4 count (often listed as absolute cd4+ or helper-inducer t cells) has remained below 20 for three years.

Although it was not my choice for Stephen to discontinue HAART, his decision was reasonable, as he felt that the drugs were doing more harm than good. And after going off therapy, he gained some weight and initially felt considerably better. But more recently, he has developed fatigue from no identifiable source. He also has a continuing case of molluscum (skin infection) and periodically has thrush.

Despite the previous failure to get Stephen’s viral load to undetectable, I propose that he begin what I’ll call CPR for his HAART failure—a Complex Protective Regimen consisting of two protease inhibitors (ritonavir and indinavir/Crixivan), an NNRTI (efavirenz/Sustiva), hydroxyurea, one nucleotide analog (adefovir/Preveon), and one nucleoside analog (abacavir/ Ziagen), with the possible addition of two others: either Combivir (AZT and 3TC combined) or d4T and 3TC. Of the 22 very treatment-experienced people I’ve put on this type of six-to-eight-drug CPR, only two have had treatment failure. All the rest had big viral load decreases and most (70 percent) went to undetectable.

CPR combos generally include two proteases, two to three nukes, hydroxyurea and efavirenz—of which only the last two are usually new drugs for these patients. I choose the specific meds based on each patient’s treatment history. The only combo I avoid is d4T, ddI, hydroxyurea and nelfinavir, with or without other drugs, because I’ve seen several cases of chemical hepatitis (liver inflammation) in people who combined those drugs.

Interestingly, some patients who have done best on CPR are those who took one- to four-month drug holidays beforehand. In most cases, they had chosen to go off drugs because they weren’t doing well, but later had very good results on CPR. Why? I don’t know. Perhaps a holiday allows the body to recover a little from drug toxicity, enabling the drugs to work better. Or it may be that wild-type virus (the original, unmutated kind) becomes the majority virus when drugs are discontinued. Then the small amounts of remaining resistant virus may be wiped out when the powerful CPR is begun.

Would this work for Stephen? I don’t know. Nor can I explain why the CPR is working so well in people with such extensive pretreatment. Maybe the virus is simply being overwhelmed. My hope would be that Stephen’s would be, too. 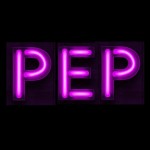 PEP: In Case of Emergency