Residents of Washington, DC, are getting bigger condoms after complaining to city officials about the size and quality of condoms given out through its free program, the Washington Examiner reports.

According to the article, DC officials announced that the city would be switching from Durex condoms to Trojan Magnum size condoms for its free condom program. The switch comes after reviewing surveys from high school students and college-aged youth.

The city’s health department supplies thousands of free condoms to residents through online requests and at schools, barbershops, liquor stores and youth centers.

About 1 in 20 residents in the nation’s capital are living with HIV, which is the highest prevalence rate in the country. 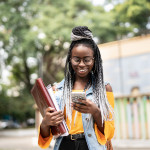