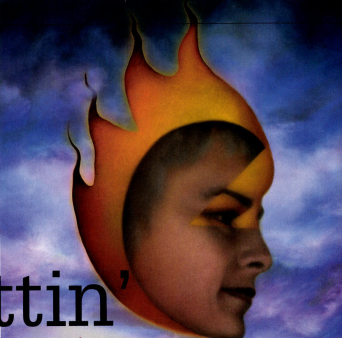 Getting’ Hot In Here

Does the shutdown of a major study mean menopausal HIVers should shun hormone replacement therapy? Liz Highleyman shows why you shouldn’t make any flash decisions.

When Midwestern HIVer Sharon Maxwell, 56, got whomped with the hot flashes and mood swings of menopause, she did what millions of women, HIV or no, have been doing for years: sought relief in combination hormone replacement therapy (HRT), estrogen plus progesterone. Relief she found—plus, she hoped, the protection from heart disease and bone loss (osteoporosis) that long-term HRT has long been thought to offer.

Then, in July 2002, she caught the headlines that shocked both the medical world and middle-aged women everywhere: The Women’s Health Initiative (WHI), a study of HRT in more than 16,000 menopausal women, was abruptly stopped after five-year results showed that the therapy actually increased the risk of breast cancer, heart attacks, strokes and blood clots. It did lower the chances of hip fractures and colon cancer, but, study leaders concluded, overall the risks outweighed the benefits. Maxwell, who’d been on HRT for more than four years, responded like countless other women: “I had a long talk with my gynecologist and decided it was time to get off.”

Soon she was told that a study of HRT in women with HIV, for which she served on the community advisory board, was also being shelved, a casualty of the bigger one’s shutdown. “The WHI results were earth-shaking,” says the University of Hawaii School of Medicine’s Lori Kamemoto, MD, MPH, a leader of the halted HIVer study. “All this time we thought we knew there was a beneficial effect.”

If the results left women in general wondering what to make of them, they puzzled women with HIV perhaps even more. Hormones—chemical messengers produced by glands—are major multitaskers. And the sex hormones—including progesterone in women, and estrogen and testosterone in both women and men—affect mood and body composition as well as sexual functioning and reproduction. But hormone imbalances can discombobulate the normal workings of the body, and, not surprisingly, HIV can wreak havoc with hormones (see “Blame It on Your Hormones,” POZ, November 1999). The virus may affect the ovaries and testes (which produce hormones), and hormones in turn can influence immune response. Studies have shown that many HIVers have low hormone levels, with symptoms ranging from depression and fatigue to loss of sex drive—and women with HIV have long complained of muscle loss, missed periods, severe premenstrual syndrome (PMS), early menopause, and vaginal dryness and pain, all of which can be caused by low hormones (see “Don’t Stop…” below).

So you’d think HRT would be a natural for women HIVers. Not quite. Either because of the virus itself or the meds used to treat it, these gals may be more likely to have high blood fats (cholesterol and triglycerides) and diabetes—danger signs for heart disease that might make HRT more risky. And weakened immune systems likely put them at greater risk for cancer. But they may also be at higher risk for osteoporosis, which HRT can help prevent. What to do? In the absence of long-term data from studies like Kamemoto’s, it’s a bit of a crap shoot.

The Short Version...
This doesn’t mean, of course, that top HIV doctors don’t have opinions. “If women with HIV have symptoms of menopause”—like hot flashes, night sweats, sleep problems, vaginal dryness and mood swings—“a short course of hormones is something you’d want to consider, just as you would for HIV negative women,” says Kathleen Squires, MD, of the University of Southern California in Los Angeles. Other leading women-serving docs agree. Kathryn Anastos, MD, of Montefiore Medical Center in New York City, gives a thumbs-up: “Hot flashes and sleep disturbances are not a minor thing. They can destroy a person’s life.”

You don’t need to tell that to HIVer Marsha (not her real name), 49, a San Francisco graphic designer. During menopause, she says, “my body temperature would rise suddenly—and I’d feel like I was going to explode. If I was at home, I could stick my head under the faucet or in the freezer. But if I was on the bus or at work, I would experience extreme discomfort. I considered HRT several times, but because of all the negative press, I decided against it.” Still, Kamemoto says, “I give the same recommendations to women with HIV as I do to HIV negative women: If you have severe, intractable post-menopausal symptoms, and you’ve tried waiting it out, perhaps you’re one of those who needs HRT.”

...and the Long One
But the same top docs now agree that routine long-term use of HRT for preventive purposes—solely to reduce the risk of heart disease or bone loss—is a no-no. “HIV positive women have so many other things going on; I think we don’t want to put them at increased risk,” Squires says. “For women who have other risk factors, such as smoking, I don’t think adding HRT is a smart thing to do.” Anastos adds: “As with all drugs, we have to worry about side effects.” HRT can cause vaginal bleeding, breast tenderness, nausea, bloating, dizziness, depression, irritability, weight gain (a plus for some women) and elevated triglycerides and liver enzymes. Plus, little is known about how HRT and HIV meds interact. And women on hormonal contraceptives (which contain more progesterone than HRT) seem both to transmit and contract HIV more easily; they may also have more diverse viral strains—“something we ought to pay attention to,” Anastos says, “because it could lead to quicker disease progression.”

Lost in the clamor of the WHI shutdown, though, was the fact that the absolute risk of long-term post-menopausal HRT harming any one woman is small (about 1 in 100). While docs shouldn’t automatically or indiscriminately prescribe it to prevent heart disease or bone loss, HRT may still be right for certain women at certain stages of their lives. HIVer Jane Fowler, 67, a retired journalist who last year founded HIV Wisdom for Older Women (see “Wisdom of the Ages,” POZ, December 2002, or visit www.hivwisdom.org), may be one such woman. Although she’d never experienced menopausal symptoms, she has been on preventive HRT for nearly 20 years—starting long before she knew she had HIV—because her mother suffered severe osteoporosis, which puts her at increased risk. But the WHI data trouble her. “At conferences there’s never a session on this, and everyone says, ‘We don’t know,’” she says. “I do sometimes sit back and wonder whether I’m doing the right thing.”

Seeking all sisters
The bottom line? As with everything, talk to your doctor: The benefits of HRT may outweigh the risks for some HIVers, but not for others. If you smoke, are overweight or have had blood clots, breast cancer, diabetes, high blood-fat levels, liver problems or a family history of heart disease, hormone therapy may not be for you. But that doesn’t mean you’re out in the cold—or the heat—so don’t sweat it. Alternatives to HRT exist, both pharmaceutical (like Fosamax, or alendronate, for bone loss) and earthy-crunchy (see “Natural Woman”below).

With older women increasingly becoming infected with HIV and as better meds help more women HIVers reach their golden years, “you can’t ignore other conditions associated with the normal course of aging,” Squires says—among them, of course, menopause. Like all women, HIVers should get a yearly gynecological exam and keep up with regular Pap smears, mammograms, blood lipid tests, colon cancer screenings and other check-ups recommended for people their age.

More than ever, the need for research on HIV in women—and for HIV positive women to enroll in studies—is dire. (Visit www.actis.org or call 1.800.TRIALS-A to see if one of the several women’s studies currently enrolling is right for you. Do it for yourself—and your HIVer sisters!) Also dire is the need for doctors and advocates to acknowledge the double stigma faced by lady HIVers 50 and up: “At AIDS conferences people don’t want to hear about older women,” Fowler says, “and at aging conferences people don’t want to hear about HIV. Grandma’s not supposed to be screwing around or shooting up.” Plus, she says, “Older women don’t talk enough among ourselves. I hope the baby-boomers will start making noise about this as they age.” This not-so-plain Jane already is.


DON’T STOP ‘TIL YOU GET ENOUGH

Many docs who treat HIV are infectious disease types, not endocrinologists—and hence may not recognize or take seriously symptoms related to hormone deficiencies. Got a complaint that sounds hormonal? Ask Doc to check your levels.

Got low ones? Get this: For younger women with menstrual abnormalities, birth control pills can help (but beware of interactions with HIV meds). For menopausal women, estrogen and progesterone creams can help relieve symptoms like vaginal dryness without boosting bodywide levels into the danger zone. And testosterone is not just for men: Ladies, a little dab of testosterone cream or gel will do you if hormone levels are low. (But nix the skin patches, which may raise testo levels too high, leading to acne, facial hair, an enlarged clitoris and a lower voice.) DHEA, a chemical cousin of testosterone and estrogen that the body can convert to these hormones, is widely sold as a dietary supplement. The FDA is currently reviewing an estrogen/androgen combo for postmenopausal women, and tibolone—a synthetic estrogen used in Europe that may help prevent bone loss without upping cancer risk—is also under study. Be sure to get a follow-up hormone test about a month after starting a supplement and have levels monitored every six months to a year. 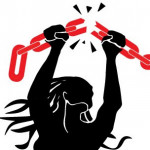