Want to have a baby? At the European AIDS Conference in Madrid, Dr. Valerie Stone checks in with David Evans about family planning for couples living with HIV. She discusses the latest on conception, including sexual intercourse between mixed-status couples, and the preventive care needed during pregnancy and delivery. To see the video click here.

David Evans: Hi, I’m David Evans with AIDSmeds.com in Madrid, at the 11th European AIDS conference. I’m here with Dr. Valerie Stone, who’s the director of the Women’s HIV and AIDS Program at Massachusetts General Hospital and associate professor of medicine at Harvard Medical Center. Thank you so much for joining us tonight.

Dr. Valerie Stone: My pleasure. It’s great to be here.

DE: Today we’re going to talk about family planning and pregnancy. Let’s begin by talking about HIV-positive couples where either one or the other partner is positive, and they may be thinking about having children. There’s been a steady stream of information about sperm washing, in utero and in vitro fertilization. What can you tell us about that?

VS: Well, in general, if the woman is HIV-positive, the only thing that’s been proven safe in the United States is for the woman to get [her HIV] completely suppressed, and then to have in vitro fertilization. In contrast, when the man is positive, there have been a number of centers who have worked on a sperm-washing plan, whereby the sperm are washed and isolated and the HIV is washed out. This has been very effective in a number of centers, and the couple can usually get pregnant, and the woman, in general, does not get infected. A few centers now are doing what’s called ICSI [ intracytoplasmic sperm injection ] , where they actually isolate individual sperm and directly implant ova, which is one step further along the spectrum from even IVF. An exciting new study was presented at the most recent international AIDS—the IAS meeting in Australia, that was done by investigators in Switzerland, where they showed that when the man was infected and the woman was not, it was very helpful for the woman to take tenofovir immediately the morning before having intercourse and then having intercourse, and over the course of twenty cycles, 70 percent of the women got pregnant doing this and none of them became HIV-infected. So this is a study we probably couldn’t have done in the United States, but very exciting to see that this was so effective, without any of those additional technologies.

DE: You know, given that that’s a PrEP strategy—a pre-exposure prophylaxis—do you think that it might be replicated or tried here in the US?

VS: Yeah, I think now it can be tried in the United States, and I think there’ll be more acceptance, since this pilot study in Switzerland looked promising and incredibly safe.

DE: That’s great news. So, whether a pregnancy is planned or unexpected, the risk for an HIV-positive woman to pass on HIV, in the United States at least, is now less than one percent. Of course that requires top-notch care, both for her HIV and the prenatal care. Can you tell us a little bit about what that kind of good prenatal care and HIV care looks like?

VS: Well, of course, not all women who are HIV-infected know it at the time that they become pregnant. And so all women who become pregnant, whether they perceive they have a risk or not, should become HIV tested as soon as they start prenatal care. And if in fact they are HIV-infected, if they’re already on treatment, then they should continue the same treatment they’re taking for their own health, with two exceptions. The regimen should always include AZT [Retrovir] and the regimen should never include efavirenz [Sustiva]. But other than that, the regimen should be constructed for the woman’s own health. If the woman hasn’t previously been on HAART, then HAART should be held off on until the beginning of the second trimester, that is, week fourteen, and then the viral load should be monitored very closely, and if the woman has gotten to below 1,000 [viral load] and ideally, undetectable, at 32 weeks, then the plan should be for a spontaneous vaginal delivery. If the woman has failed to get to less than 1,000 at 32 to 36 weeks, then it’s recommended that she have elective caesarean section, because that will further decrease the risk of transmission. But generally, the risk of transmission when the viral load is non-detectable is incredibly low. So there are only a few other circumstances where the woman should have a caesarian section if the viral load is non-detectable and that includes if she has hepatitis C and in some cases if there are active herpes simplex lesions in the genital area.

DE: You know, some of the studies of C-sections in HIV-positive women have found that there are slightly higher complications with that. How might you counsel a woman who’s pregnant and is getting close to having her baby in terms of whether she should have a planned C-section or try for a spontaneous vaginal delivery?

VS: I think if a woman’s viral load is greater than 1,000 at week 36 that the C-section is very much important in terms of ensuring that the baby not be infected. I think that early on, though, if a woman tells me she absolutely doesn’t want a C-section, then I would work with her to do everything possible to get her viral load to non-detectable—working on adherence, working on a very simple strategy and coming up with plans in the family to help make sure she doesn’t miss a single dose. And, of course, using a regimen that’s proven to be very effective in pregnancy. So, for example, you know, in the past, we tended to use Combivir and nelfinavir [Viracept] and over time, we’ve learned that the AUC—

DE: The “area under the curve”, so basically the drug levels.

VS: The drug levels of the nelfinavir isn’t nearly as good in pregnant women as it is in non-pregnant women because of the larger volume of distribution in their blood stream. So it’s not as reliable an agent as we thought. So more and more, we’re moving to use Combivir and Kaletra, and fortunately, the drug levels of Kaletra, particularly the new formulation, are very reliable and consistent in pregnancy, and most women have a very good likelihood of becoming completely non-detectable after just four to six weeks of Kaletra with Combivir in pregnancy.

DE: Wonderful. Well thank you so much for doing this interview late at night, after a long day at the conference. We really appreciate it.

VS: My pleasure. Thank you. 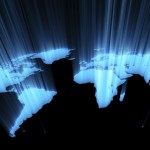 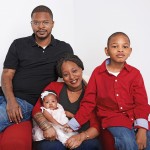 Turning the Tide on Transmission: Women and Girls