Randomization Roulette: Are Current Studies Fair for Those With No Options?

Advances in HIV treatment have helped save millions of lives, but the pace of the pipeline may be too slow for those who have run out of antiretroviral (ARV) options. The best hope for these “salvage” patients with multiple-drug-resistant HIV is access to experimental agents through clinical trials, but this route doesn’t come with any guarantees. First there’s the randomization roulette—the possibility that they’ll be assigned to the control group and won’t receive the new drug. Then there’s the risk of not having other active ARVs to use in the study, resulting in rapid resistance to the new drug and little hope of long-term success.

While these trials are helping to solidify effective options for tomorrow’s treatment-experienced patients, what can be done for today’s HIV-positive people at the end of their treatment rope and turning to salvage studies for help? A small group headed by Michael Lederman, MD, of Case Western Reserve University in Cleveland thinks it has the answer—but one that comes with controversy.

In an opinion piece published in the July 31 issue AIDS, Dr. Lederman and his fellow authors—including Veronica Miller, PhD, of the Forum for Collaborative HIV Research; Ian Weller, MD, of the University College London; and Steven Deeks, MD, of the University of California, San Francisco—propose wiping out the control arm in studies involving salvage patients. These clinical trials, they suggest, should be “single arm,” in which everyone enrolled gets the experimental ARV along with at least one other active drug to help keep resistance at bay.

But how would these studies work, if their primary goal is to show how well a new drug works in comparison to approved options?  To prove efficacy, Dr. Lederman and his peers suggest turning to the results of clinical trials of the other agents that will be used by patients during the single-arm study. The data from these clinical trials, which involved patients with varying degrees of drug resistance, could be used to predict what would happen to viral loads and CD4 cell counts without the addition of the experimental drug. Once the new ARV is added, the researchers could look at the net difference in efficacy parameters, such as a greater percentage of patients with undetectable viral loads after six months of treatment.

“This would permit us to evaluate the utility of the new drug in the context of what has been seen in the past with other new drugs used in combination,” says Dr. Lederman.

While this approach would help guarantee access to a promising new agent, there is also the issue of what is known as “sequential monotherapy.” During the early years of HIV treatment, patients were often switched from one drug, such as Retrovir (zidovudine), to another, such as Videx (didanosine), resulting in quick and extensive drug resistance.

The same danger is present in current salvage studies, in which many patients add a promising experimental drug to a regimen that his or her virus is already highly resistant to. In effect, the new agent is being used like monotherapy—without other effective drugs to prevent or slow the emergence of virus that is resistant to the novel compound.

“That’s what’s been the problem, and that’s what we’re trying to avoid in the future,” says Nelson Vergel, a treatment activist with multiple-drug-resistant HIV infection who has been working for years to help improve outcomes for salvage patients in clinical trials. “We don’t want anyone to be exposed to sequential monotherapy.”

Vergel knows from personal experience the potential risk of studies that offer patients an experimental agent without ensuring that it is combined with at least one active drug. He is a participant in a clinical trial of Merck’s integrase inhibitor Isentress (raltegravir) for highly treatment-experienced patients. After being randomized to the Isentress group, not the control arm, his viral load dropped from 60,000 to under 50 by the fifth week of treatment. By week 24, however, his viral load had rebounded to 20,000.

It turned out that Vergel’s HIV was resistant to all of the drugs he was using in combination with Isentress.  “There are a lot of people walking around like me, with integrase resistance because of the studies that expose people to sequential monotherapy,” he says.

To help protect against the dangers of sequential monotherapy, Dr. Lederman’s group is also proposing studies requiring that the experimental drug be combined with at least one other ARV that a patient’s virus is fully sensitive to, determined by using drug-resistance testing at the start of the study.

Unfortunately, this requirement comes with a serious disadvantage, in that it would force such studies to exclude patients with no remaining treatment options. “Most clinicians and patient advocates will find this unacceptable,” the authors write, “particularly for patients with very advanced disease who may not survive long enough to see the new drug formally approved.” To circumvent this, they say that active drugs—in the form of other experimental agents—“can and should be provided through expanded access programs as these agents are being developed.”

Rob Camp, a member of the Network Community Advisory Board of the AIDS Clinical Trials Group (ACTG), appreciates the proposed study design. “Deep salvage is where you can say that control data really isn’t the important thing,” he says. “What we’re talking about is getting a positive result out of patients.”

The U.S. Food and Drug Administration (FDA), with its authority to say what studies must be conducted before a new drug qualifies for approval, echoes Camp’s concern. “Our division hasn’t had a chance to sit down and talk about what they’re proposing,” says Kimberly Struble, medical team leader with the FDA. “But I’d say that large single-arm studies would not be sufficient enough for approval.”

Before drugs hit pharmacy shelves, the FDA currently requires three phases of control-arm studies to evaluate the safety and efficacy of an experimental ARV. But this process takes years, and though there are several new drugs and new drug classes coming to market in the next year, advocates and doctors worry that growing numbers of people with drug resistance will run out of options before those drugs become available. While promising drugs are often made available to treatment-experienced patients through expanded-access programs after the drug has reached phase III of development, the single-arm approach, implemented in phase II, would provide access to potentially life-saving drugs much earlier in the process.

Camp agrees with the effectiveness of control trials but thinks salvage patients should be treated differently. “At the end of the day,” he says, “we have in the U.S. 18,000 people dying of AIDS every year. It hasn’t gotten lower in the last eight to 10 years. Why is that? Maybe people just don’t have access to drugs of any sort. Another reason may be that people don’t have active regimens. Can we lower that number? That would be terrific.” 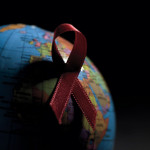