Lessons From a Vaccine Failure

On September 21, clinical trial safety monitors threw buckets of cold water on the heads of those hoping for a vaccine anytime soon. They announced that participants in the large international STEP study, an evaluation of Merck & Company’s promising Ad5 vaccine, hadn’t been protected from HIV infection or disease progression. Reacting to the news, Richard Jefferys, an HIV vaccine activist with New York’s Treatment Action Group, says, “You can’t really sugarcoat the fact that the results are deeply disappointing.”

The news is certainly a setback to the field of vaccine research. However, Jefferys and others are quick to point out that a lot of useful information may still be gleaned from the study in order to increase the chances of success for other vaccine candidates waiting in the wings. “A trial is only a failure if we don’t learn anything from it,” says the president and founder of the International AIDS Vaccine Initiative, Seth Berkley, MD.

Jefferys and Berkley, however, worry that the general public and policymakers will ignore the subtleties of the science and lose faith altogether. And because they feel that a vaccine is still the only real solution to the global HIV pandemic, they are urging advocates and supporters not to give up hope. Berkley says, “It’s going to be a marathon and not a sprint. And what we need is the activist community to really support that work.”

A Challenge of Unprecedented Magnitude

While vaccines for most bacteria and viruses stimulate the production of infection-fighting antibodies, this approach has not been fruitful with HIV. In particular, proteins called gp120 on HIV’s outer coat—the primary targets of antibodies—are constantly changing, or mutating, as the virus continues to reproduce. Antibodies have a difficult time keeping up with such rapid gp120 mutations, rendering them mostly ineffective against HIV.

This is what led to the failure of AIDSVax, the only other vaccine to be tried in a large study. The vaccine was designed to elicit antibodies to gp120. The study enrolled 5,400 people, predominantly in the United States. In February of 2003, VaxGen, the developer of the vaccine, announced that it was no more effective than a placebo at protecting people from HIV infection.

“Developing an HIV vaccine is really taking on a challenge of unprecedented magnitude,” says Mark Feinberg, MD, PhD, the head of HIV vaccine development at Merck. He adds, “[Almost] everything about HIV makes it really different from various infectious agents for which vaccines have been successfully developed.”

Acknowledging the difficulty of developing an antibody vaccine, scientists began looking for other ways to coax the immune system into preventing HIV infection. They found the answer in a group of female sex workers in Kenya, who remained uninfected despite repeated exposure to HIV. These women hadn’t developed antibodies to HIV. However, they appeared to have T cells that were primed to respond specifically to HIV. This led researchers to believe that a vaccine that boosts cellular responses, as opposed to antibody responses to the ever-changing virus, would be a better bet.

Government and industry scientists quickly joined a race to develop a vaccine that could stimulate HIV-specific T-cell responses. By 2004, researchers at Merck had demonstrated that their vaccine was remarkably successful in this regard. Their Ad5 vaccine, also known as V520, was built by inserting three key genes from HIV—Gag, Pol and Nef—into a disabled version of a cold virus called an adenovirus. The cold virus acted as a vector—a delivery mechanism for the vaccine’s genetic payload.

Merck partnered with the U.S. government’s HIV Vaccine Trials Network (HVTN) to conduct a large Phase IIb trial with their vaccine, which came to be known as the STEP trial. It began enrolling participants at 28 international sites in December 2004 and ultimately signed up 3,000 people.

As described by Dr. Feinberg, “…this was the first major test of the idea that cell-mediated immune responses would either: (a) prevent people from getting infected, or (b) enable people who became infected to better control the infection.”

This second point is one of the unique aspects of T-cell-based vaccines. If a person who gets the vaccine does become infected with HIV, scientists hope that an HIV-specific T-cell response will still be profound enough to keep viral load low and T-cell counts high, perhaps without the need for antiretroviral therapy. There was also hope that the vaccine might be used therapeutically to help people who are already HIV positive better control their infection.

This fall, the group of people designated to ensure the safety and well-being of the STEP study’s volunteers, the Data Safety and Monitoring Board (DSMB), performed a scheduled early look at the data the trial had accumulated thus far. What they found brought the study to a screeching halt.

Of the 741 people who’d received the vaccine, 24 become infected with HIV, compared with only 21 of the 762 who’d received a placebo. This led the DSMB to conclude that the vaccine was unlikely to prove effective if the trial were to proceed to its conclusion.

Another trial in South Africa using the Merck vaccine has also been halted, though perhaps temporarily. The trial, known alternately as HVTN 503 or the Phambili study, has already enrolled 799 people at South African hospitals. There is still a chance that the Phambili study will eventually continue, as the subtype of HIV in South Africa is different than in the Americas. It is possible that the vaccine may be more effective against this subtype of HIV than it was in the STEP trial.

Disappointment but Not Despair

Despite the negative results of the STEP study, Jefferys and others are determined to find a silver lining. “I think that disappointment is certainly justified, while despair would be premature,” says Jefferys.

The first order of business will be to try to understand what kind of immune response the vaccine was able to produce and why that response didn’t protect people against HIV. Merck’s Dr. Feinberg has promised to analyze and publicize that data as quickly as possible.

And though the vaccine wasn’t able to elicit T-cell responses that were protective, this doesn’t mean that all T-cell vaccines are destined to fail. This is because, as Jefferys explains, the immune system is amazingly complex, and “the weird thing about T-cell responses is that they’re prone to all kinds of subtleties…and the differences between one type of T-cell response and another can seem quite minor…but those small differences…can have quite large effects on the outcome.”

Before news about the STEP trial hit, another large study using a T-cell-based vaccine was about to begin enrolling. The 8,500-person PAVE 100 trial, to be conducted in Africa and the Americas, goes one step further than the Merck adenovirus vaccine—it will first attempt to prime volunteers’ immune systems with a DNA vaccine compound before delivering a vector-based agent to boost T-cell responses to the virus. While Jefferys believes that the STEP trial results will probably bring a temporary halt to PAVE 100, he feels that it will ultimately move forward.

The prime-boost vaccine approach in PAVE 100 is just one of several strategies being explored. But such exploration requires support. “There’s a lot of innovation that’s occurring in the field right now, and I know that this will lead to breakthroughs. The question is can we make sure that there’s the political support and the financial support to keep this driving forward?” asks Berkley.

He praises Merck as the only large pharmaceutical company to use its own resources to bring a vaccine this far along the development process. Berkley also points out that funding for vaccine development has increased by 500 percent over the last decade and hopes that this level of financial support will continue. That will likely depend on the hope and goodwill of many different groups.

The National Institutes of Health (NIH) estimates that the government has spent approximately $20 million on the STEP trial so far and will probably spend more on long-term follow-up and data analysis. Jefferys fears the general public may misinterpret the failure of the Merck vaccine to mean that the entire field is flawed, and will be unwilling to support calls for additional funding to test other vaccines.

“There can be a tendency for people to just think that scientists have completely got their heads up their behinds, that they’ve just sort of made another mess of everything,” says Jefferys. “The one thing that would be disastrous is to just look at these data and say, ‘T-cell vaccines are over with.’”

Jefferys and Berkley believe that activists, and those who support them, will be critical to keep hope for a vaccine alive. But perhaps the people whose support will matter most of all are the individuals who will be asked to participate in new vaccine trials. Berkley says the participants in the STEP trial were “heroes” and that he deeply respects their volunteerism. Such altruism, he stresses, will be needed in the years to come if we ever hope to find a successful vaccine.

“At the end of the day, a vaccine is the best approach,” Berkeley adds. “It’s the only way we’ve ever been able to end a viral epidemic.” 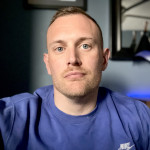 I Stopped Taking My HIV Pills