If there is one issue people with HIV are virtually guaranteed to encounter, it is the issue of health care insurance and access. HIV can be a severe barrier to getting and maintaining health coverage, a problem that typically worsens with the advancement of the disease. The volatility of the issue recently was illustrated when New Jersey announced its plan to adopt regulations allowing insurers to test new applicants for HIV and to deny coverage to those who test positive or who refuse the test. The move provoked an uproar among state medical experts and consumer advocates, causing the insurance commissioner to extend her study of the regulations and delay possible implementation.

There are a number of hotly contested legal issues which can arise for a person with HIV who is seeking, or trying to keep, private insurance. However, an important development in challenges to HIV-specific benefit exclusions is currently being battled out in the courts, with employers and insurance companies seeking to limit the Americans With Disabilities Act’s (ADA) protections against insurance-related discrimination.

Before the ADA, advocates failed in their attempts to attack one of the more egregious examples of discrimination -- the capping or exclusion of benefits for persons with AIDS who had been covered under an employee benefit plan for years, but found themselves without coverage after submitting an AIDS-related claim. A well-known and horrifying example of this is McGann v. H&H Music. In that case, Houston’s H&H Music replaced its group health insurance plan offering $1,000,000 lifetime benefits after a long-time employee, Jack McGann, submitted AIDS-related treatment claims. H&H changed to a plan which maintained this level of benefits for everyone except those with AIDS-related claims, which had a $5,000 lifetime limit under the new plan. The federal appeals court decided that the cap on AIDS benefits did not violate ERISA, the applicable federal law which at least in theory prohibits discrimination intended to deprive a plan beneficiary of benefits.

The ADA may prove to be an antidote for the McGann brand of insurance discrimination against people with HIV. The ADA’s provisions on disability-related employment discrimination, and the Equal Employment Opportunity Commission’s (EEOC) guidelines, seem clear that employer-provided health benefits are among the “terms, conditions and privileges of employment” in which employers cannot single out people with HIV for different treatment. A little over two years ago a New York federal trial judge, in Mason Tenders District Council Welfare Fund v. Donaghey, concluded that a union health plan’s exclusion of AIDS-related claims violates the ADA. Since the ADA’s adoption, the EEOC has pursued, and successfully settled, a number of cases attacking employer-provided health benefits plans with AIDS caps. These settlements, however, leave a shortage of law defining the extent of the ADA’s application.

The ADA also allows advocates to argue that plans which exclude benefits only for AIDS care violate the ADA’s protections against discrimination in public accommodations. The heart of the battle here is whether the “public accommodations” access governed by the ADA is limited to actual physical structures, or whether it also forbids interference with a disabled individual’s equal enjoyment of goods and services when the individual’s purchase or inquiry occurs outside the place of business. A federal appeals court in New England decided late last year that the ADA’s public accommodations protections are not limited to actual physical structures, a conclusion echoed by an Illinois federal court in late September, 1995 in Baker v. Hartford Life Insurance Co.. In the past year, however, federal courts in Ohio and Tennessee have come to the opposite conclusion. 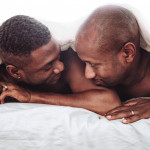