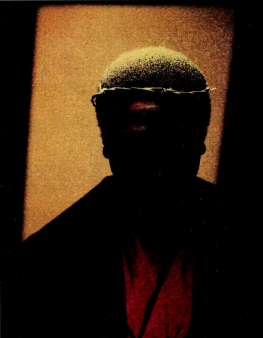 Hysterical calls for quarantine have returned with this lethal disease that frequently affects PWAs. Leslie Jean-Bart

How TB Came Back

The disease quaintly referred to as “consumption” in the novels of its Victorian heyday has come roaring back onto the public health scene with a vengeance.

“Eradication was in our grasp,” says Jack Adler, head of New York City’s tuberculosis (TB) program during the 1980s, about the disease. “But the resources weren’t poured into the areas that needed it the most. Health officials had grown complacent about TB, which was often seen as a disease of the last century, currently easily treatable and therefore not much of a threat to public health.”

They were wrong. Dead wrong.

It’s stronger than before; more and more frequently doctors are facing new strains of multiple drug resistant tuberculosis (MDR TB) that are impervious to the standard treatments. And it’s feeding on a new and particularly vulnerable population: PWAs.

TB is the most common opportunistic infection among PWAs worldwide; it is estimated that about 60 percent of PWAs with less than 200 T-cells are infected with TB. It is also one of the most dangerous. “A PWA with a low T-cell count can be killed by MDR TB very quickly,” says a health care worker at San Francisco General Hospital. “They give you the standard drugs and figure everything will be all right in a couple of weeks. Then, almost before they realize what’s going on, you’re dead.”

The new, more deadly, more resistant strains of TB were in fact created by inadequate treatment. According to Mike Isbell, the Director of Public Policy for Gay Men’s Health Crisis (GMHC): “It’s not surprising that we have a resurgence of it since they dismantled the treatment programs.” Standard therapy for TB consists of taking pills (typically Isoniazid, usually abbreviated INH) for at least nine months. Taking the medication irregularly or stopping the treatment to soon can result in the microorganism surviving the therapeutic onslaught and mutating into a treatment-resistant variant. Throughout the 1980s, officials in San Francisco were adjusting to that reality by instituting DOT progrms or Directly Observed Therapy. Outreach workers did extensive follow-up for those egtting TB treatment, up to the point of literally watching to make sure they swallowed their pills. It was expensive but effective. San Francisco has seen much less of the new MDR strains, according to Gisela Schechter, head of the TB program at San Francisco General Hospital.

While San Francisco was strengthening its commitment to proactive therapy, most cities were sharply cutting back TB programs. Patients and their treatment regimens were falling through the cracks. New York City experienced some of the most severe cuts in its TB programs and the sad results are plain to see. Not only does the city haqve one of the highest rates for TB in the country, fully one-third of those infections are with drug-resistant strains. Dave Gilden, the editor of GMHC’s Treatment Issues newsletter, says “New York City has the most frightening TB epidemic in the country.”

But TB is always frightening -- in some ways even more frightening than AIDS. Unlike AIDS, TB is highly and casually contagious. You can get TB just from breathing the air in the presence of a person who has it, particularly if the space is poorly ventilated and you are repeatedly exposed. Thus “recalcitrant” TB patients who fail to comply with their treatment schedules can be considered to be public health threats. The spectre of TB carriers -- who are frequently IV drug users and the homeless -- wandering the streets and subways of the nation’s cities, heedlessly spreading drug resistant strains of a deadly disease, has begun to haunt the public mind. In New York City this has led to the detention and quarantine of about two dozen people with TB, most of whom are also PWAs.

For PWAs, the new TB outbreak is a deadly danger to both their health and their human rights. With time and knowledge about how difficult it is to transmit HIV, early, hysterical calls for the quarantining of PWAs have died out. But now, TB rears its head as an easily communicable lethal disease frequently affecting PWAs, and the question is revisited. When the severity of the New York City TB epidemic became apparent a year or two ago, GMHC’s Isbell says the drive to quarantine was high. “The TB control laws were streamlines around that time in a way that made it much easier to authorize detention,” he says. “But a number of factors, most notably the incredibly high cost of medical detention, has kept that in bounds.”

Besides external factors like cost, Isbell says the public policy will be determined by how the debate is framed. He insists that the issue of quarantining recalcitrant TB patients must be informed by the lessons learned from the disastrous results of cutting TB programs. “If you see it as a public health issue, then the obvious solution is to focus on providing a comprehensive infrastructure, such as facilitating access to treatment. If instead you take a morality-based position, then the problem is one of individual compliance failure, and the solution is to give them one shot at voluntary therapy and then round ’em up and put them in detention.”

Isbell was relieved and a little surprised to find many national public health officials responsive to the San Francisco approach. “I kind of expected to find a bunch of Neanderthals among the TB officials, but the CDC scientists were surprisingly liberal. They recommended quarantine only under extreme conditions with hard-core recalcitrants. Like us, they preferred facilitating access to treatment, such as making sure people had bus fare and child care.” While PWAs and their advocates must still be vigilant about TB programs and calls for quarantine, the current director of policy on the national level gives them some breathing space to focus on TB’s primary threat as a menace to their health.

Like any people with damaged immune systems, PWAs are more susceptible to TB than healthy people. That’s why the new TB epidemic in most locations is centered on PWAs. In New York City, the aerosolized pentamidine clinics which were set up to prevent pneumocystis carinii pneumonia (PCP), ironically, became a major vector of MDR TB transmission. In the course of the pentamidine therapy, large groups of immuno-suppressed people, some with TB, were put in small and fairly enclosed spaces on a repeated basis. At the time, PCP was the number one killer of PWAs. TB wasn’t considered a serious problem, but in retrospect the method of therapy can be seen as an almost perfect way to spread the disease. Homeless shelters are almost as good for spreading TB as the original pentamidine clinics, and some people are beginning to wonder about the wisdom of dedicated group residences for PWAs. GMHC’s Gilden asks “How much sense does it make to put a bunch of immuno-suppressed people with an impressive assortment of opportunistic infections into a common housing situation?” The question occurred to him when he was investigating Peter Klaver House, a residence for PWAs in San Francisco where nearly one-third of the residents died of TB within a period of a few months.

But tuberculosis and AIDS have a complicated and multiply-intertwined relationship that goes beyond susceptibility. TB is harder to treat in PWAs. It is also more difficult to detect. Typical symptoms of TB include fever, night sweats, weight loss and fatigue. Sound familiar? Many cases of TB go undiagnosed in PWAs. The most common way to find TB is with a simple skin test, the PPD. However, many PWAs are anergic (the opposite of allergic) and give no response to this screening even if they have TB. A chest X-ray is the next level of examination. This will detect any large and obvious infections, but often there is no visible evidence of TB even when the PWA has an active infection. “Sputum culture remains the gold standard for diagnosis of pulmonary TB,” according to the Physicians Association for AIDS Care, but it often takes up to three cultures, each taking up to eight weeks, to get results.

When TB is finally detected in a PWA, treatment is difficult. Most antibiotic therapies assume that the patients’ immune systems will clean up most of the problem after the drugs have killed off, or at least devastated, the invading microorganisms. PWAs often have immune systems that are too damaged to do the trick, especially if they’re fighting a drug resistant strain. There are other drugs that can be used, but they are invariably more expensive and less understood than the standard therapies. Doctors -- and particularly insurers -- are reluctant to escalate to the use of these high-line drugs and prefer to waitr a couple of weeks to see if it’s really necessary. Again, this delay can be fatal for a PWA.

The resurgent epidemic of MDR TB accentuates a long-standing weakness of the American health system: The reluctance to carry out effective prevention. There is no doubt that New York City could have controlled -- and perhaps eliminated -- TB. Instead, a preventable epidemic was tragically allowed to get out of hand by administrators who saved money by ignoring prevention but have exacted a much higher cost in both dollars and lives. This is as apparent with AIDS as it is with TB. The information about safe sex and clean needles that could save tens of thousands of lives is deliberately withheld from the public -- and particularly youth -- because it is considered controversial.

The MDR TB epidemic illustrates another point: That an apparently purely medical phenomenon, like the emergence of resistant strains, can have its roots in poorly made public policy and public health decisions. TB is caused by a microorganism, but was spread because of defective policies. Just so, HIV is caused by a virus but continues to spread because of the dominance of morality-based prevention policy.