India-EU Trade Deal Could Put Millions With HIV at Risk 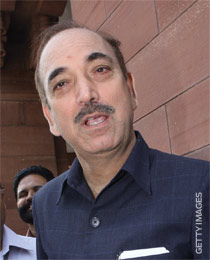 Michel Sidibe, executive director of UNAIDS, says that about 86 percent of people with HIV/AIDS around the globe who are on treatment are taking generic ARVs made in India. The European Union (EU) and India are negotiating a free-trade agreement that could delay or restrict the manufacture of generic meds by extending patents, requiring exclusivity and enacting harsher border enforcement rules. Those measures could drive up prices for Indian ARVs, limit dosage options and delay access to treatment.

Further complicating matters, the Indian health minister called homosexuality “a disease, imported from the West.” Ghulam Nabi Azad made the statement at—get this—a recent HIV/AIDS conference. Despite the fact that a video of his comments aired on Indian television, Azad claims he was misquoted and was referring to HIV as a disease. Activists have denounced his comments, and UNAIDS issued a statement supporting efforts by India’s National AIDS Control Organization to battle HIV stigma and to provide HIV services for men who have sex with men and transgender people.